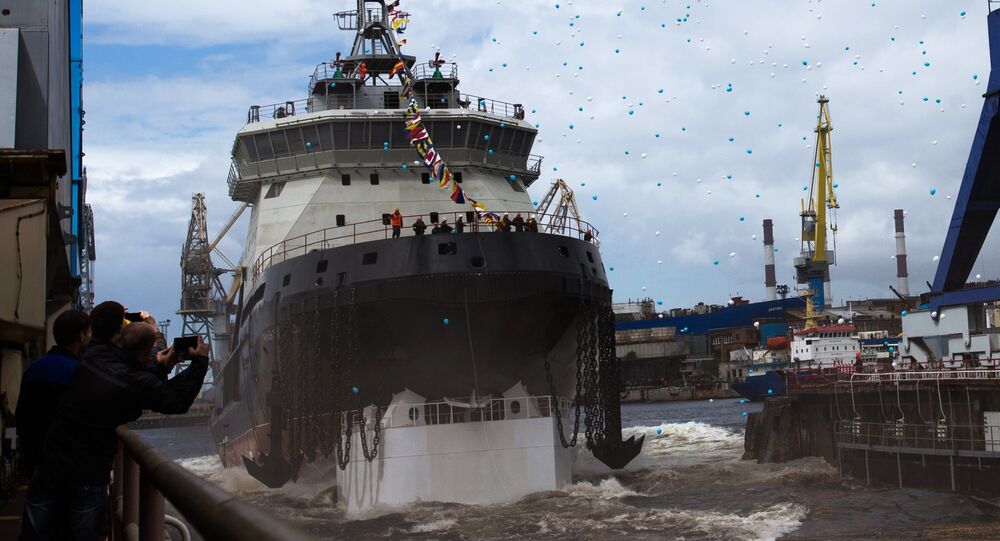 "We will deliver the ship this year in line with the contract. Now, it is at the first stage of factory tests, which will be completed on August 10. The icebreaker will return to the shipyard and approximately on August 20 will leave for the second stage of tests, after which the preparation for state tests will start. We do not doubt that Ilya Muromets will be delivered on time. In November, the ship will sail to join the Northern Fleet, where the flag-raising ceremony will take place," Buzakov said.

The new icebreaker is almost 278 feet long, 65 feet wide and displaces 6,000 tonnes. It has an operational range of 12,000 nautical miles and a two-month endurance. In addition to its main function, patrolling ships and vessels in a continuous ice field up to 2.9 feet thick, it is capable of carrying cargo in the hold and in containers on the upper deck, performing hydrographic studies and participating in rescue operations.

The vessel can be used to extinguish fires at emergency facilities, clean-up emergency oil spills, and transport troops. To perform loading and unloading operations, the icebreaker is equipped with a crane able to carry 26 tonnes. A helipad is located at the bow of the vessel.

"Next year, we plan to float out this boat, according to the contract, and deliver it to the Navy in 2020," the company's CEO Alexander Buzakov said in an interview with Sputnik.

© Sputnik / Alexei Danichev
Non-Nuclear Force: Why Russia is Building Lada-Class Subs
The construction of the Sankt Petersburg, the lead vessel of the Project 677, began in December 1997. It was transferred the Navy for trial operations in April 2010. Two other submarines of the class – the Kronstadt and the Velikie Luki – were laid down in 2005 and 2006 respectively. The construction, however, was suspended and restarted only in 2015.

Russia's United Shipbuilding Corporation (USC) said last year that the construction of the Kronstadt and the Velikie Luki would be completed in 2018 – 2019.

The Lada-class submarines, which carry six 533-mm torpedo launchers and can fire cruise missiles, are designed to defend naval bases, coastal waters and sea communication lines. They can be effectively deployed against both surface ships and submarines.