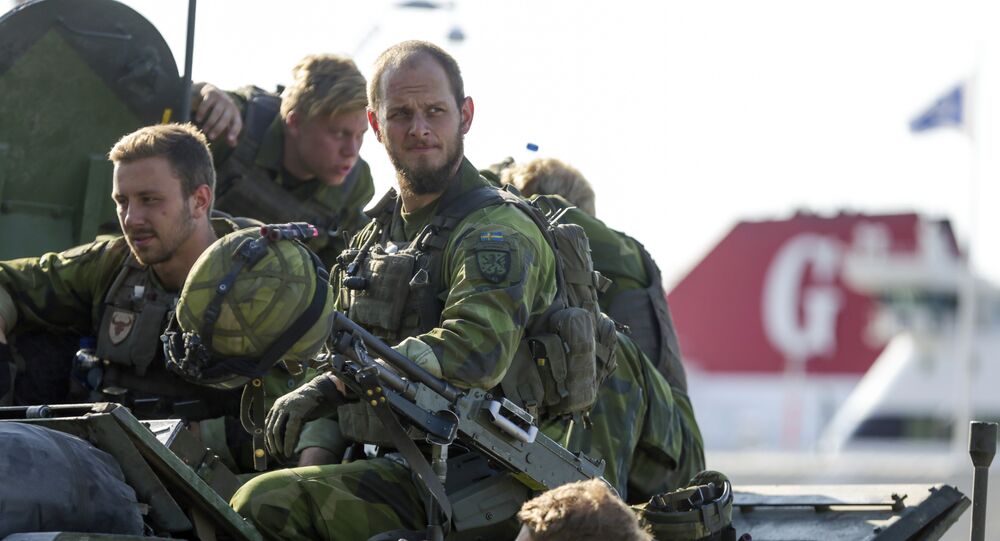 The Swedish defense minister said on Monday that the countries that choose to join the North Atlantic Treaty Organization (NATO) contribute to growing military tensions worldwide, adding that they should opt for developing multilateral cooperation.

TOKYO (Sputnik) – Sweden’s Defense Minister Peter Hultqvist said Monday that he supports efforts of individual states to build up their militaries and boost cooperation, but also believes that, with regard to Sweden, membership of the North Atlantic Treaty Organization (NATO) was not necessary.

"At this moment the best strategy is separate development of each country’s military capabilities, deepening of bilateral and multilateral cooperation… In case of applying for NATO [membership], the regional tensions will increase," Hultqvist told Japanese Asahi newspaper.

© AP Photo / Risto Bozovic
Balkans Risk 'Losing Neutral Status' as More Nations May Follow Montenegro to NATO
Hultqvist stressed that there was no need for "experiments" to ensure safety.

Sweden is known to be a neutral country, sticking to the principle of non-alignment with NATO. Meanwhile, Japan has also started boosting its military capabilities amid the looming North Korean threat, an issue which is becoming more pressing with each missile test reported over recent months. In July alone, North Korea tested intercontinental ballistic missiles (ICBMs) twice.