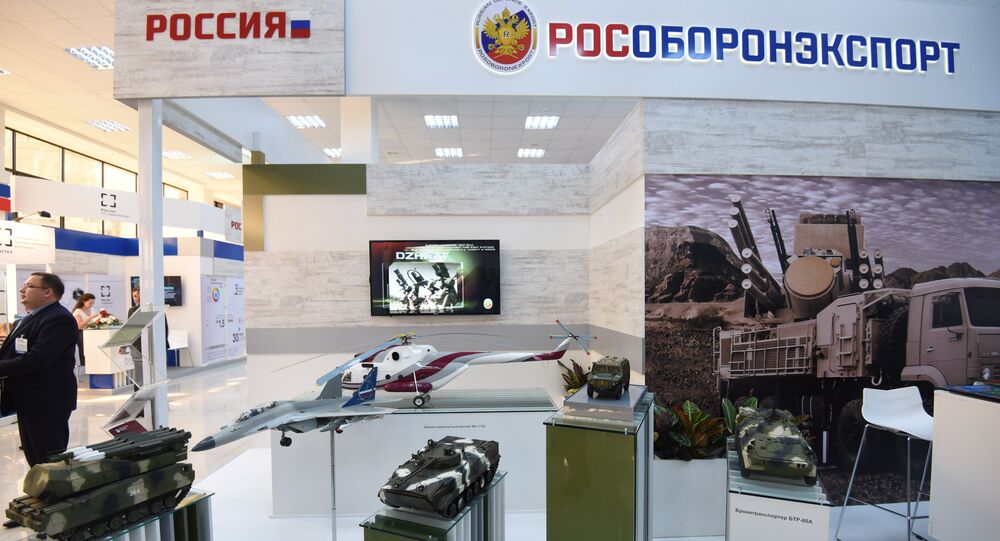 The delegation from Russian Rosoboronexport has signed about 15 contracts and cooperation deals during the MAKS-2017 International Aviation and Space Salon, Rosoboronexport said in a statement on Friday.

© Sputnik / Alexei Nikolskiy
Russia’s Best Fighter Jets and Arctic Drones on Display at MAKS-2017
MOSCOW (Sputnik) — The delegation from Russia's Rosoboronexport state arms exporter has held more than 50 talks with foreign delegations, and signed 15 contracts and cooperation deals during the MAKS-2017 International Aviation and Space Salon, Rosoboronexport said in a statement on Friday.

"During MAKS-2017 business program, we held negotiations with more than 50 foreign delegations, which resulted in the signing of 15 contracts and cooperation agreements. Our experts made over 50 presentations for delegations from 20 countries at the request of our partners. This exceeded the expected results," Rosoboronexport Deputy Director General and head of the delegation Sergey Ladygin said as quoted in the statement.

Aside from this, significant attention was paid to air defense systems, including Pantsir-S1, Verba and Buk-M2E systems.

During the talks, foreign delegations confirmed their willingness to continue cooperation with Russia on projects of mutual interest, including army games and the International Military-Technical Forum "Army-2017," the statement concluded.