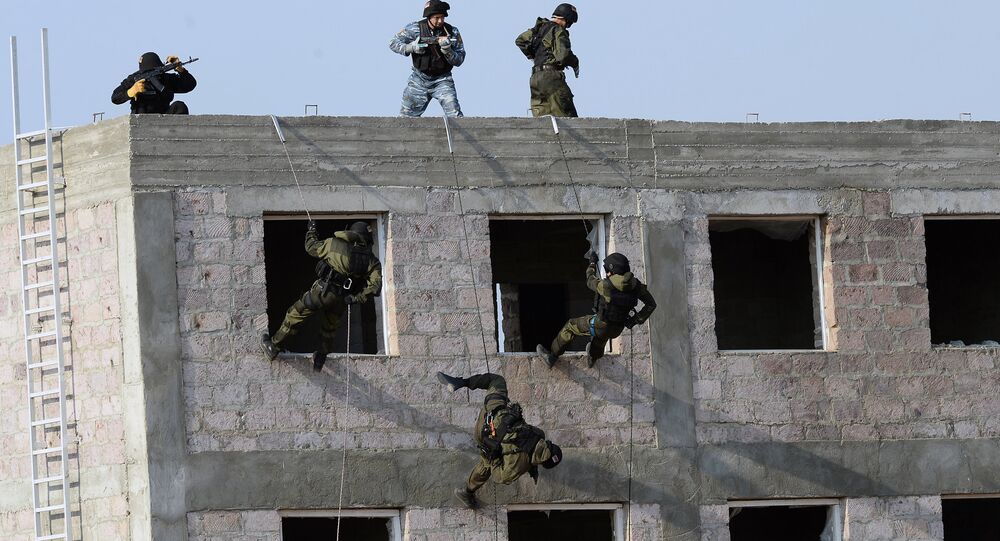 The CSTO member states' special forces have launched three-day military drills in Armenia, the CSTO press service said in a statement on Tuesday.

The drills, providing the participants with the opportunity to work on special operations scenarios and exchange experience in training methods, are set to last for three days on the base of the Police Educational Complex of the Republic of Armenia.

© Sputnik / Ivan Fedorov
CSTO Countries 'Interaction-2015' Drills to Involve 2,000 Troops
The CSTO added that the training session is aimed at enhancing professionalism of police chiefs, as well as at boosting the potential of KSOR special forces units.

The CSTO was established on the basis of the Collective Security Treaty, signed by the Commonwealth of Independent States (CIS) member states on May 15, 1992. Armenia, Belarus, Kazakhstan, Kyrgyzstan, Russia and Tajikistan are the current CSTO members. Former member state Uzbekistan announced the suspension of its CSTO membership in 2012.