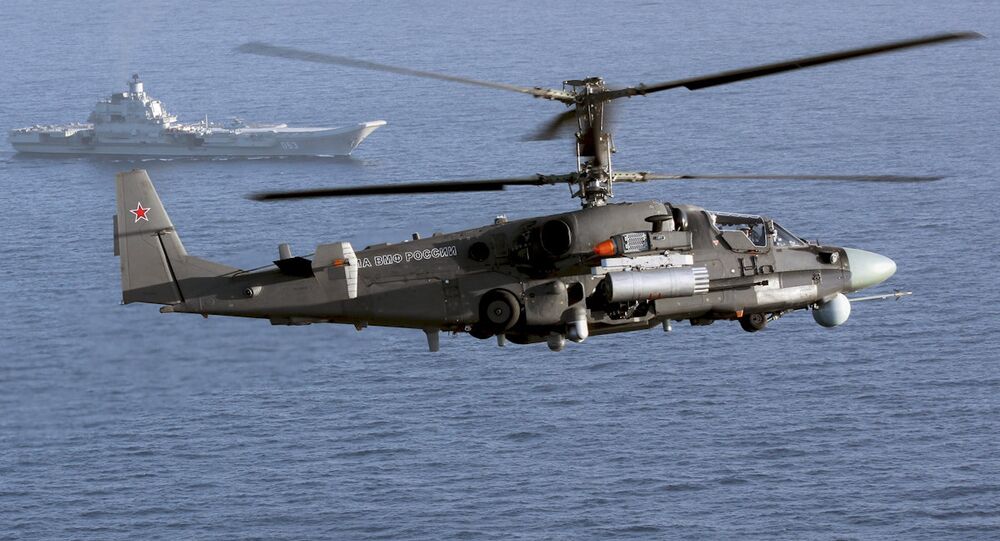 "We must understand that the ships need to be additionally equipped with systems to operate the Russian helicopters. This will be a separate contract," Mikheev said.

Noting that the date of signing the contract "depends on the source of funding," he stressed that Cairo itself is interested in concluding the contract as soon as possible.

Moreover, Russia and Egypt are not in discussions for Moscow to provide a loan to Cairo for the purchase of Ka-52K helicopters and equipment for the Mistral-class helicopter carriers, state arms exporter Rosoboronexport Director General Alexander Mikheev told Sputnik.

"A loan is not discussed in negotiations with Egypt. We held preliminary consultations, determined the helicopter's appearance, delivery times," Mikheev said.

Sputnik
Russia, Indonesia Finalize Contract on Su-35 Fighter Deliveries
On the delivery terms, he said Moscow is "not tied to the years but to the moment we receive an advance payment," followed by "small development works for the ship systems."

The Ka-52K is a naval modification of the Ka-52 Alligator reconnaissance and combat helicopter designed to destroy armored vehicles, conduct patrol and escort missions and perform fire support operations.

Initially, France produced the helicopter carriers for Russia, however, Paris refused to deliver them to Russia in light of the increased tensions over the crisis in Ukraine.