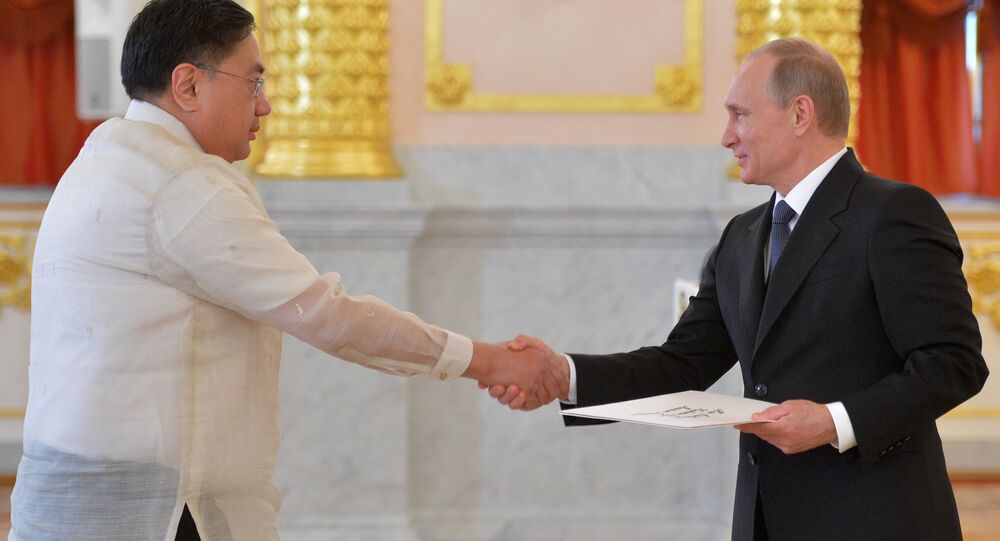 According to the Philippine ambassador to Russia, Russia and the Philippines are in talks on the delivery of Russian weapons to help Manila combat terrorism.

MOSCOW (Sputnik) — Russia and the Philippines are in talks on the delivery of Russian weapons to help Manila combat terrorism, Ambassador of the Philippines in Moscow Carlos Sorreta told Sputnik.

"Yes, today we are conducting specific negotiations on arms supplies," Sorreta said Thursday. "Today, we are discussing arms deliveries for internal defense — fighting terrorists. We think that we can come to a profitable agreement with Russia."

Clashes between Islamists and the Philippine military last month forced the evacuation of the city of Marawi and prompted President Rodrigo Duterte to declare martial law on the island of Mindanao.