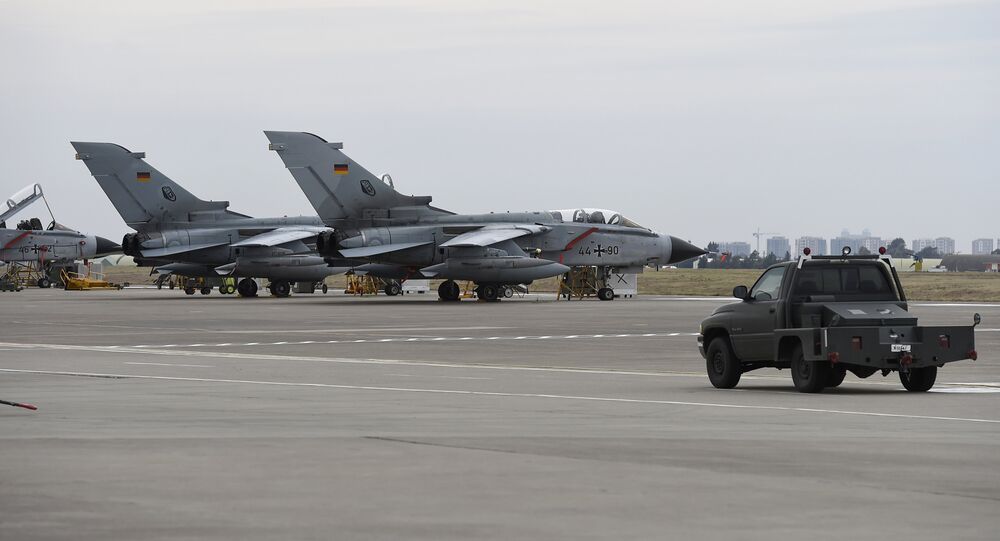 Germany will relocate its troops from Turkey's Incirlik airbase provided the anti-Daesh coalition maintains its capabilities.

BERLIN (Sputnik) – The transferal of German troops to Jordan from Turkey’s Incirlik airbase will take place as soon as possible on condition of preservation of efficiency of the international coalition against Daesh, German Chancellor Angela Merkel said Wednesday.

"We will leave for Jordan, of course beforehand we shall discuss with our partners in the anti-Daesh coalition on how we could preserve our operative capabilities for some time, what is needed for the move, and then this move will be carried out expeditiously on condition that the anti-Daesh coalition will remain efficient," Merkel told reporters.

The German government backed the pullout of troops from Incirlik airbase in Turkey earlier in the day.

"We should maintain dialogue with Turkey," Merkel said adding that "we can concentrate on other points, there are many difficult issues, but I do not see a situation in this step where relations are deteriorating."

She pointed to "a number of common interests with Turkey in addition to close economic ties," as well as the migrant crisis in arguing that "the thread of dialogue is very important."