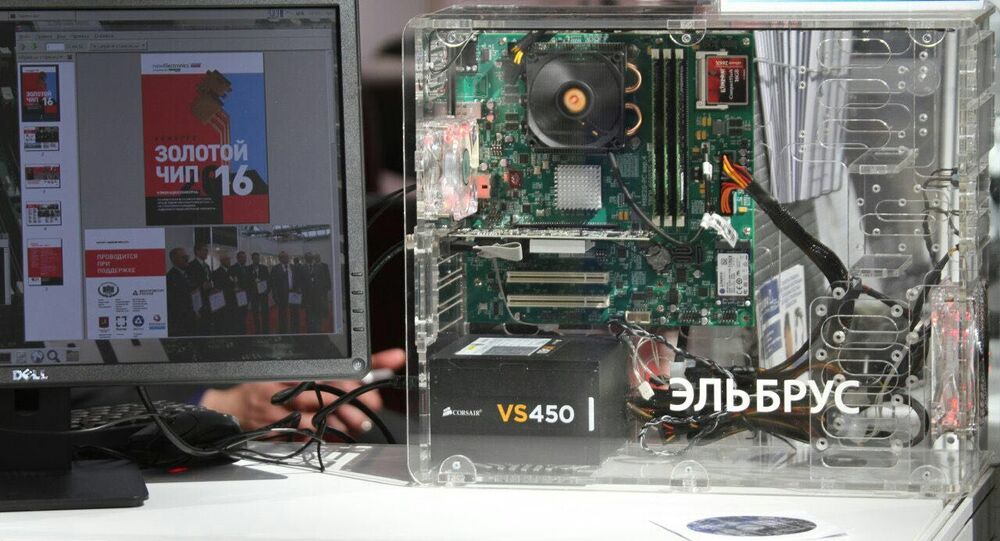 United company Ruselectronics (part of Rostec State Corporation) has presented the first prototypes of personal computers and servers based on the Elbrus-8S microprocessors. The new equipment has increased performance and guarantees its users a high level of information security.

The eight-core chip is manufactured using 28 nm technology. Peak performance of the new processor is 3 to 5 times higher and bandwidth of the input-output channels is 8 times higher compared to the Elbrus-4S microprocessor.

"This is a new generation of our domestic computer technology. At all its stages, the assembly is carried out at our manufacturing sites and at the facilities of our domestic partners. All of this guarantees a high level of the equipment's information security," said Deputy CEO of Ruselectronics JSC Arseny Brykin. "We expect that the first pilot batch of personal computers based on the new processor will be produced by the end of the second quarter of 2017. Today at the CIPR conference in Innopolis, we present prototypes of the new equipment."

The development batch of the dual- and four-processor servers based on the Elbrus-8S will be manufactured by the end of 2017. The new servers are designed to process large amounts of information (in real-time mode, if necessary).

© Photo : D-Wave Systems, Inc.
Quantum Computing Arms Race Takes Shape as China, US, Russia All Strive for Supremacy
The basic operating system for the Elbrus 801-PC and servers is the Elbrus OS. It is built on the Linux core and supports many open source applications. For the Elbrus-8S platform, a binary compatibility system with binary x86/x86-64 codes is provided. Also, it is possible to develop application software and run self-diagnostics tests of the equipment.

As part of united company Ruselectronics, the Research Institute for Control Computers named after I.S. Bruk carries out development and adoption of the Elbrus hardware and software platform.

© Photo : Wikipedia
Russia's 'Liana' Satellite Network Can Keep an Eye on Enemy Ships, Subs or Even Fishing Boats
The CIPR 2017 Conference is held from May 22 through May 26 with the support from the Ministry of Industry and Trade of the RF, the Ministry of Telecom and Mass Communications of the RF, the Government of the Republic of Tatarstan and Rostec State Corporation. The event is attended by representatives of government, Russian and foreign vendors, defense sector enterprises, and venture investors.

Rostec Corporation is a Russian corporation that was established in 2007 to facilitate the development, production and export of high-tech industrial products designed for civilian and military applications. The Corporation comprises over 700 organizations that are currently part of eleven holding companies operating in the military-industrial complex and three holding companies working in the civilian industry, as well as over 80 directly managed organizations. Rostec's portfolio includes well-known brands such as AVTOVAZ, KAMAZ, Kalashnikov Concern, Russian Helicopters, VSMPO AVISMA, UralVagonZavod, etc. Rostec companies are located in 60 constituent entities of the Russian Federation and supply products to more than 70 countries. In 2016, the consolidated revenue of Rostec reached 1 trillion 266 billion rubles, while the consolidated net income and EBITDA amounted to 88 and 268 billion rubles respectively. In 2016, the average salary in the Corporation was 44,000 rubles. According to Rostec's strategy, the main objective of the Corporation is to ensure that Russia has a technological advantage in highly competitive global markets. Rostec's key objectives include the introduction of a new techno-economic paradigm and the digitalization of the Russian economy.

United company Russian Electronics was established in 2017 on the basis of the holdings of the electronic cluster of Rostec State Corporation — JSC Ruselectronics and JSC United Instrument Manufacturing Corporation. It is the largest Russian developer and manufacturer of communication tools and systems, automated control systems, reconnaissance and monitoring systems, robotic systems, super high-frequency electronics, computing and telecommunications equipment. It unites over 170 companies and research organizations in the radio electronics industry. The company employs 75,000 people. Its products are supplied to more than 30 countries, including countries in Africa, Southeast and Central Asia, the Middle East and Latin America. The annual consolidated revenue of the holding's enterprises is over RUB 180 billion per year.