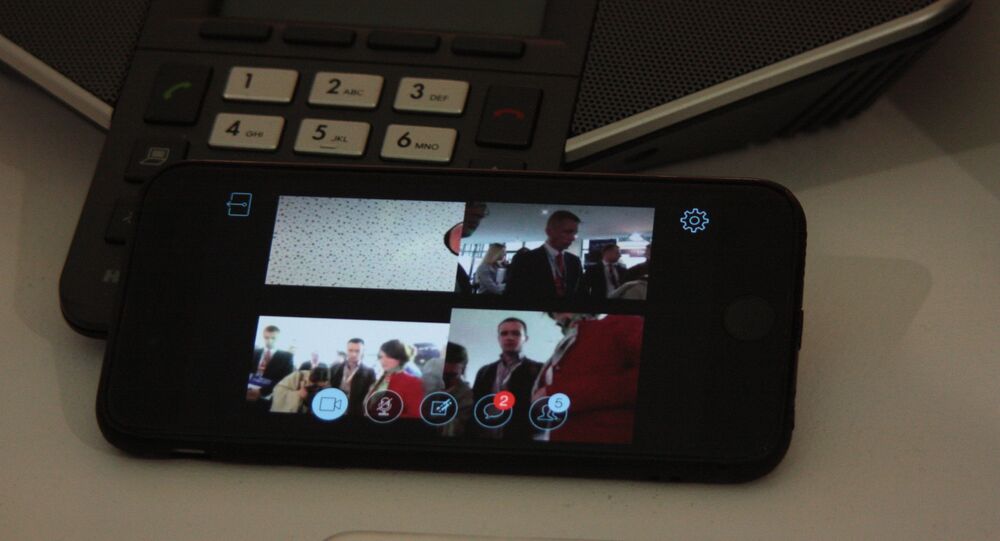 Russia is making a big push in the communication sphere for business and government agencies by designing a universal, integrated system incorporating the best features of such messengers as Skype and WhatsApp and exceeding them in functionality and data protection thanks to a dramatically new approach.

The standardized brainchild of JSC Ruselectronics, a part of Rostec Corporation, combines telephony and messenger functions: phone and video calls, sending text messages and files of any format to one or several subscribers within the corporate network. It is possible to communicate with different interlocutors simultaneously which puts it above existing analogs.

What is peculiar is that the invention can work without an Internet connection which means it cannot be deciphered by hackers or foreign intelligence agencies – a worthy feature in light of sweeping cyber attacks which have recently shaken the world.

"Recent cyber attacks have made it clear that most information systems produced abroad are vulnerable," said Ruselectronics deputy CEO Arseniy Brykin. "As a counter to this, we are creating Russian IT and telecommunications products which certainly contain no "surprises" and are properly protected from undue external interference. This is an almost unrivaled development in terms of functionality; it is also unique in terms of information protection. It is a modern and convenient system which allows confidential information to be transferred in any format."

The new communication system, which is yet to get its name, was presented at the Information Technology of Industrial Russia (CIPR) IT-conference on May 24 by Ruselectronics subsidiary Bulat. Bulat deputy CEO Viktoria Rassomagina told Sputnik that on the one hand, such an integrated set streamlines the work within a business corporation thus facilitating its success; on the other hand, it can serve as a tool for the government's communication with citizens. She stressed that it is built on the basis of solely Russian software (another step in the import substitution policy adopted by Moscow after the introduction of Western sanctions) and has a different data protection architecture.

"All the information is stored within the company, forget about external and virtual servers. So any file, any video cannot leave the entity. If one quits, one cannot access them anymore," Rassomagina explained.

She underscored the messenger's flexibility in terms of being able to match various data protection requirements.

The system's core has been already developed and now Ruselectronics is putting finishing touches to it, slating a launch for autumn. The messenger can be used on any platform.

The development is based on the OMMG communications platform (messenger), the Mind service for video conferences and conference calls, as well as software and hardware by Bulat, a multipoint control unit and professional terminal equipment.

The Russian messenger is expected to shoulder its way in the market starting from neighboring Belarus and Kazakhstan.

"We will beat WhatsApp and Viber," Rassomagina opined.

In 2016 Russia launched a global messenger uniting Buddhists all over the world.

The CIPR is the first IT conference in Russia which provides a platform for dialogue between industry and defense sector, IT professionals, and venture investors. It takes place on May 23-26 in the innovation-oriented town of Innopolis in the Republic of Tatarstan and is supported by Rostec, a Russian corporation established in 2007 to facilitate the development, production and export of high-tech industrial products designed for civilian and military applications. It comprises more than 700 organizations.