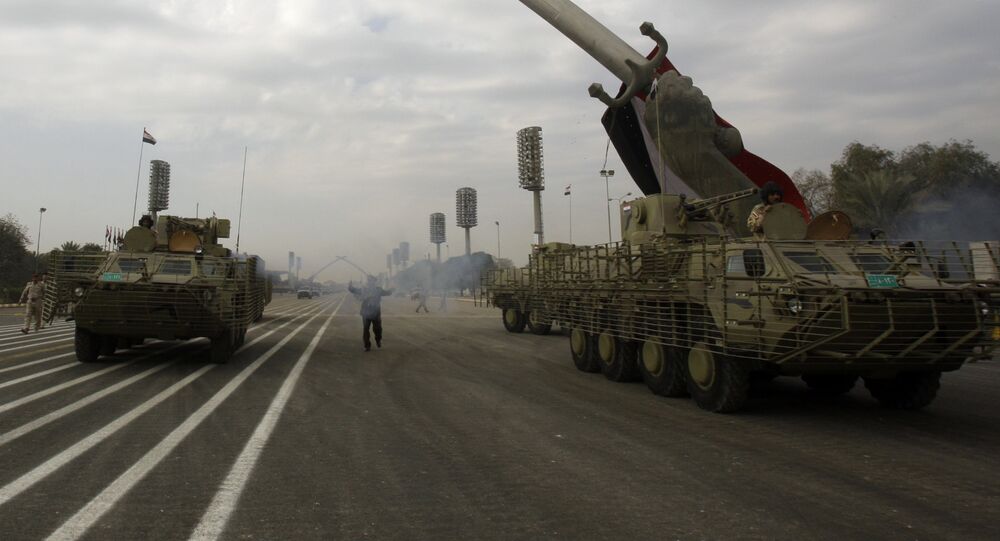 The Ukrainian defense industry received another serious blow to its already ailing public image when less than half of the BTR-4 armored personnel carriers supplied to Iraq turned out to be able to move, let alone be deployed in combat operations.

In 2009 Ukraine signed a $457.5 million contract with Iraq to supply 420 BTR-4 armored personnel carriers to Baghdad.

However, in 2013 Baghdad accused Ukraine of failing to deliver the vehicles on time, also citing the low quality of the vehicles that had been shipped to Iraq by that time.

Now, Ukrainian newspaper Zerkalo Nedeli (Mirror Weekly) has managed to obtain a letter sent in 2014 to Kiev's state-owned defense corporation Ukroboronprom, which detail the full extent of the defects in the APCs shipped to Iraq, which were documented by a team of experts from Kharkiv Morozov Machine Building Design Bureau (KMDB) – the company that designed the BTR-4.

According to the newspaper, out of 88 BTR-4 armored vehicles shipped to Iraq and examined by KMDB experts, only 56 had working engines, though 33 of them actually required the aid of mobile repair stations to start their engines. Furthermore, only 34 of these vehicles turned out to be mobile, and ten APCs either had a malfunctioning starter or were missing that part altogether.

Furthermore, KMBD inspection confirmed defects in 4 targeting and 8 panoramic vision systems, and 10 fire control modules. Also, 6 cannons, 8 machine guns and 11 automated grenade launchers mounted on the armored vehicles were deemed to be out of order.

"Batteries on all vehicles were out of order and need to be replaced with superior units. The Iraqis purchased Chinese-manufactured batteries and used them to outfit the BTR-4… KMDB representatives also documented and photographed cracks in armored hulls," the letter states.

One can only wonder if this is a standalone occurrence or a new standard of quality set by the Ukrainian military-industrial complex.