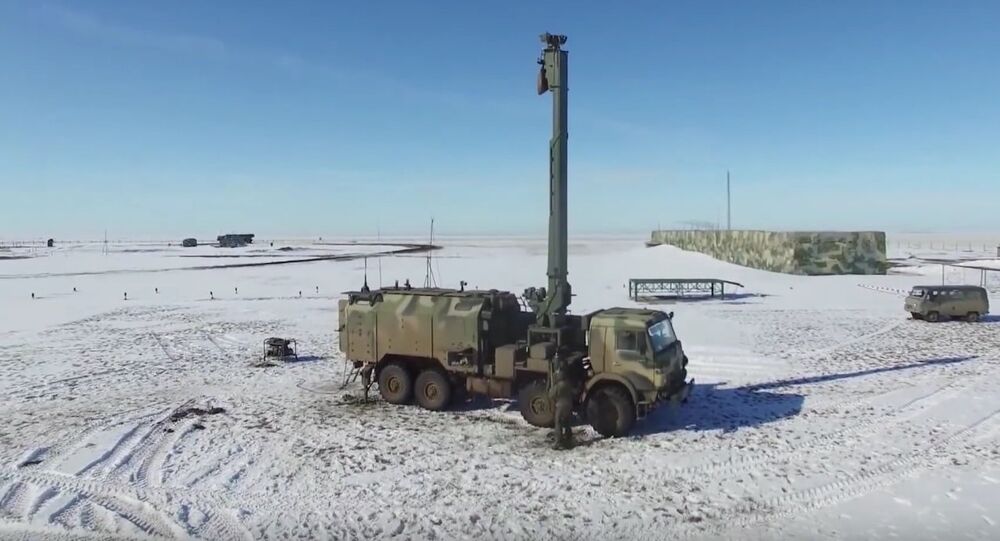 This week, Ruselectronics, the company behind the 'Penicillin' automated artillery reconnaissance system, announced that the advanced new system would go into production in less than two years' time, with state trials expected to wrap up soon. 'Penicillin' is able to pinpoint the location of enemy artillery less than five seconds after firing.

In a press release published Thursday, Ruselectronics, a subsidiary of Russia's Rostec state-owned technology corporation, confirmed that mass production of the new artillery reconnaissance system would begin in early 2019. The St. Petersburg-based Vector Research Institute, part of Ruselectronics, is tasked with developing the system.

© Sputnik / Mikhail Klementiev
Best of the Best: Military Hardware Showcased at Victory Day Parade in Moscow (PHOTO, VIDEO)
Unlike traditional tactics for adjusting artillery fire, which include the use of scouts operating close to the frontlines, 'Penicillin' works at safe distances away from the enemy, and can operate in automatic mode, without a human operator. This allows for precise artillery reconnaissance without risking the lives of army personnel.

The mobile system, mounted aboard a Kamaz-6350 chassis, operates in a combat radius up to 25 km wide. It consists of the 1B75 electro-optical module, which works in the infrared and visible spectrum using imagining cameras placed on a telescopic boom, and several ground-installed 1B76 sound and seismic receivers; the system receives and processes thermal, acoustic and seismic signals from enemy fire, calculating their location and transmitting the data to friendly artillery in less than five seconds. The system works at any time day or night.

'Penicillin' can coordinate the fire of a single friendly artillery battery, or that of an entire division. The system also sends its data to commanders using an automated system of control on the tactical and operational level, with a radio communications range of up to 40 km.

© Sputnik / Pavel Lisitsyn
Jamming the Enemy: Why Russia Ramps Up Production of Electronic Warfare Systems
Trials carried out at a range outside the city of Orenburg, 1,500 southeast of Moscow have already demonstrated the system's reliability and efficiency, and confirmed that the system's characteristics and capabilities match those declared by developers.

Lieutenant-General Sergei Bakanev, the head of St. Petersburg's Mikhailovsky Military Artillery University, has offered high praise for the system, saying that its effectiveness is double or more that of existing systems. Even in conditions of massed enemy shelling, 'Penicillin' is capable of accurately mapping out 90% of enemy firing points, thus allowing for near-instantaneous retaliation.

According to independent military analyst Vladimir Tuchkov, one of the main advantages of the Penicillin is that it is a passive detection system. "That is, unlike radar-based counter-battery systems, Penicillin does not emit radio waves, which can be detected and suppressed by enemy artillery, missile or ground attack aircraft fire. Penicillin is not afraid of anti-radar missiles," he wrote.