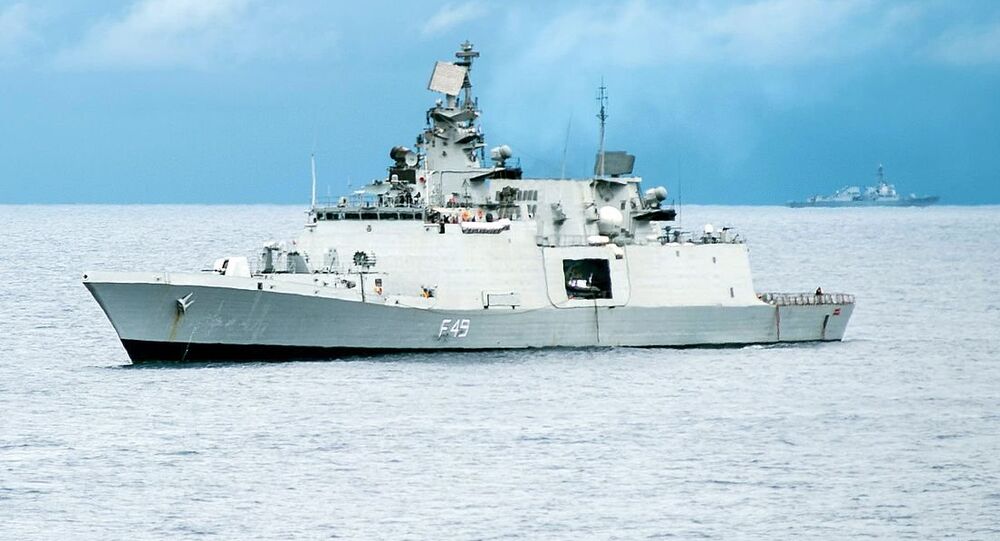 With India’s Act East policy in mind, the Indian Navy’s stealth frigates and Boeing P-8I anti-submarine and maritime reconnaissance aircraft have reached Singapore to take part in advanced exercises such as International Maritime Review and IMDEX-17.

Apart from senior defense officials, Indian defense companies including shipbuilders Mazagon Dock Limited, Garden Reach Shipbuilders and Engineers, Goa Shipyard are participating in the IMDEX-17. Indian companies are expected to aggressively market its equipment such as naval vessels and missiles like Akash and BrahMos at the event.

​The indigenous INS Sahyadri is a multi-role stealth frigate while INS Kamorta is an anti-submarine warfare corvette. This year would be the 24th edition of the annual maritime bilateral exercise between India and Singapore.

Welcome to Singapore, Guardians of our seas. The outstanding men of Indian Navy onboard INS Sahyadri. @indiannavy pic.twitter.com/H763jYBKLH

​Indian naval assets have been increasingly deployed in recent times to address the main maritime concerns of the region. In addition, as part of the Indian Government's vision of SAGAR (Security and Growth for All in the Region), the Indian Navy has also been involved in assisting countries in the Indian Ocean Region with EEZ Surveillance, Search and Rescue, and other capacity-building and capability enhancement activities.