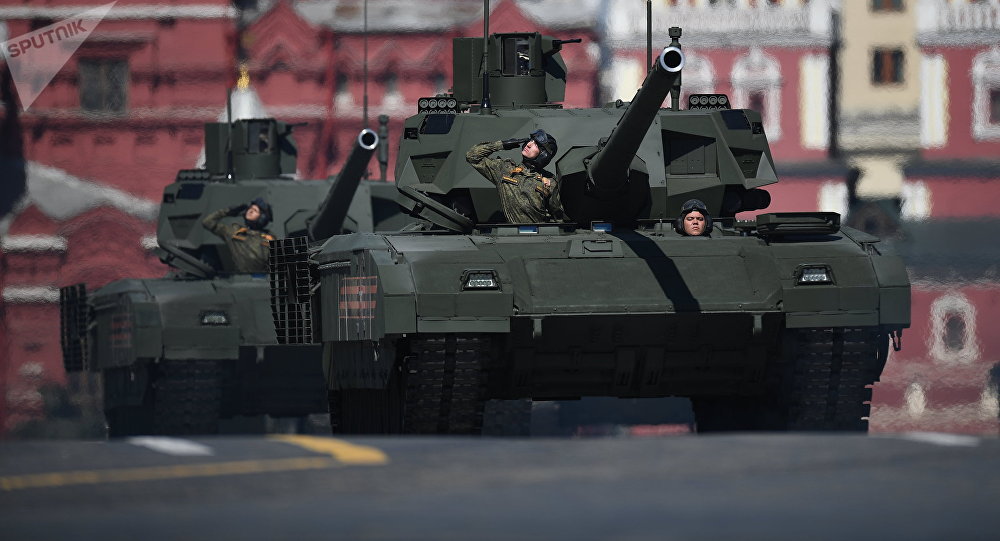 When the Tanks Come Rolling In: Legendary Russian Regiment to Get New Armatas

The new generation T-14 Armata tanks will be deployed to the Russian military as of 2020, according to a spokesperson for the Russian Ground Forces.

The spokesperson said that the legendary 1st Guards Tank Regiment of the Taman Division will be one of the first military units to receive the Armata tanks after the T-14s wrap up state tests.

Right now, the regiment, which was formed in 1941 and took part in several major WWII battles, is armed with T-72B3 tanks.

1st Guards Tank Regiment of Tamanskaya Division (Western MD) will be the first to receive the T-14 #Armata after 2020. #Russia #RussianArmy pic.twitter.com/7hPwPNVYkb

According to experts, the prominent regiment being re-equipped with the T-14 tanks will not only emphasize the continuity of traditions, but will also prompt servicemen to start handling sophisticated military hardware.

Russian Armored Troops veteran Sergey Suvorov said in an interview with Izvestia that "the 1st Guards Tank Regiment has always been the symbol and main staffing source for Russian tank divisions," and that "it was always an honor to serve there."

© Sputnik / Vladimir Astapkovich
A T-72B3 tank during the final rehearsal of the military parade in Moscow to mark the 72nd anniversary of the WWII victory. File photo

"As for the regiment's personnel, they will perceive their unit being rearmed with the Armata tanks as something that was done in honor of the regiment's merits. And it will make servicemen take pride in the fact that they continue the traditions of their heroic predecessors," Suvorov said.

© Photo : Russian Defense Ministry
How Smart Will the Armata's Smart Munitions Be? 'Really Smart'
The tank's interior features a capsule that keeps the crew isolated from ammunition and fuel, which can increase chances for the crew's survival if the tank is hit.