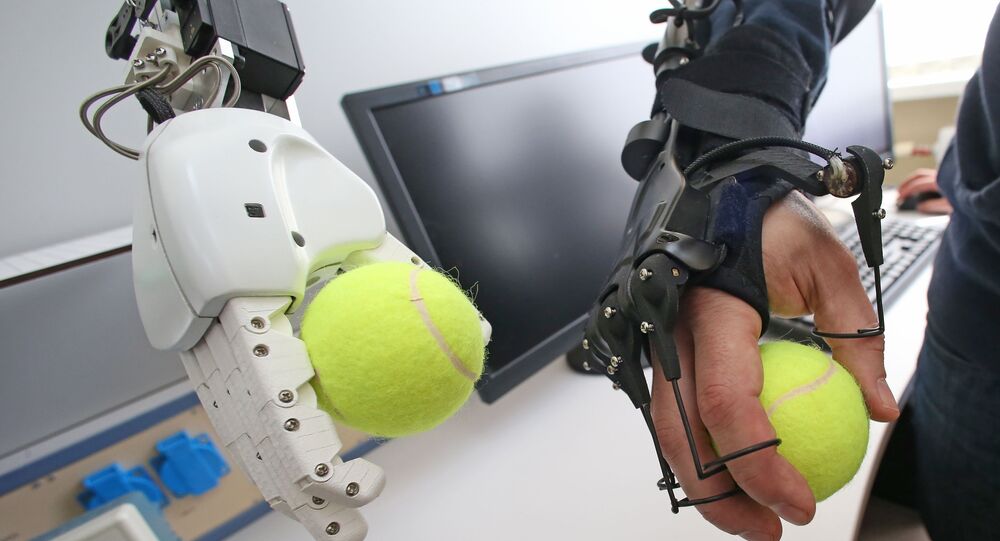 Humanoid robot F.E.D.O.R., set to fly into space in 2021, is now capable of shooting using both of his arms, according to Deputy Prime Minister Dmitry Rogozin.

“The robot of the F.E.D.O.R. platform showed skills of firing using both arms. Currently the work on fine motor skills and decision algorithms is underway,” Rogozin wrote on his Twitter.

​According to Rogozin, training to shoot is a way of teaching the robot to instantaneously prioritize targets and make decisions.

“We are not creating a terminator but artificial intelligence which will have a great practical importance in various fields,” he added.

Earlier, it was reported that the first flight of the Russian next-generation Federation spacecraft will be unmanned and it will be guided by Fedor.

"The unmanned launch and autonomous flight of our new spacecraft will take place in 2021. … It is expected, and all relevant decisions have already been made, that robot Fedor will be the first pilot," Yevgeny Mikrin, Roscosmos general designer of the manned spacecraft, said.

In addition, the robot will also be able to perform service work on the orbital station during the absence of people on it.

Russia's Energia Space Corporation earlier said that the Federation, which is 80 percent built of composite materials, will be manufactured by 2021.

Russia to Launch Robot Assistant to ISS in 2020 – Roscosmos

NASA's Whitson's Stay to be Extended at ISS by 3.5 Months - Roscosmos

Roscosmos Hopes to Continue Cooperation With US - Corporation Head