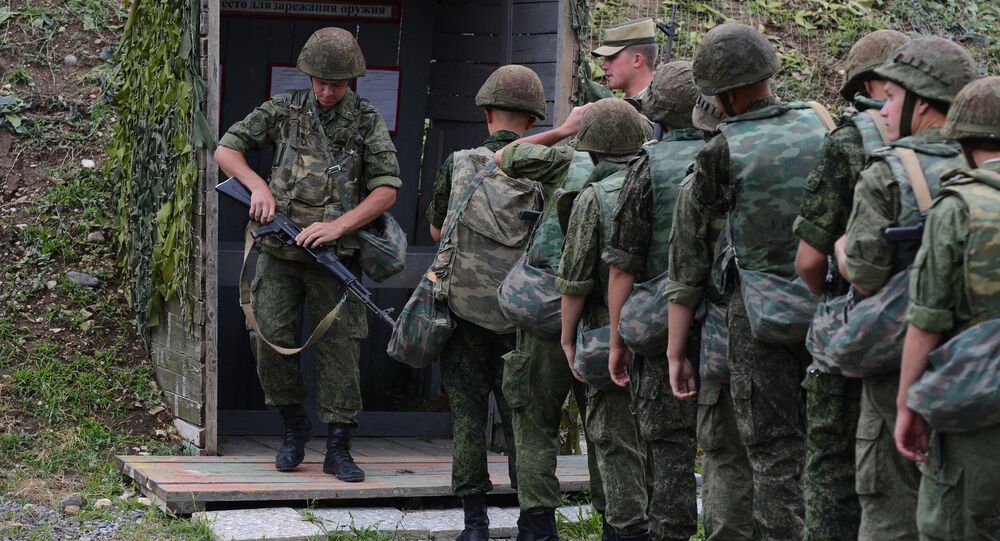 Russia and South Ossetia will sign an additional agreement on cooperation between the countries' Armed Forces in the coming days, South Ossetian President Leonid Tibilov told Sputnik in an interview.

© Sputnik / Mikhail Voskresenskiy
Putin Orders to Sign Agreement to Include S Ossetia Divisions in Russian Army
MOSCOW (Sputnik) — On March 13, the Russian government approved a draft bill to include some South Ossetian military divisions in the Russian Armed Forces. A day later, Putin approved the agreement with South Ossetia.

The further military service of those citizens would be carried out in accordance with the Russian legislation.

"During the talks [with Russian President Vladimir Putin] we also touched upon preparations for signing an agreement on the procedure of separate units of the republic's Defense Ministry joining Russia's Armed Forces. I informed Vladimir Vladimirovich that an additional agreement has been practically worked out. Within the next few days, the additional agreement on cooperation between our defense ministries will be signed," Tibilov said.

Russia recognized the independence of South Ossetia, as well as of Abkhazia, following a five-day war that broke out after Georgia's military operation against the breakaway republics in 2008. Since then it has been recognized by several other states, while Georgia still does not consider neither Abkhazia nor South Ossetia as independent states.

In November 2016, Putin signed a law on the ratification of the agreement on Russian-Abkhazian joint group of armed forces, setting out the purpose of and the procedure for creating, deploying and using the joint group of forces. The Joint Group aims "to provide an adequate response to an armed attack (aggression) and other military security threats against either party."