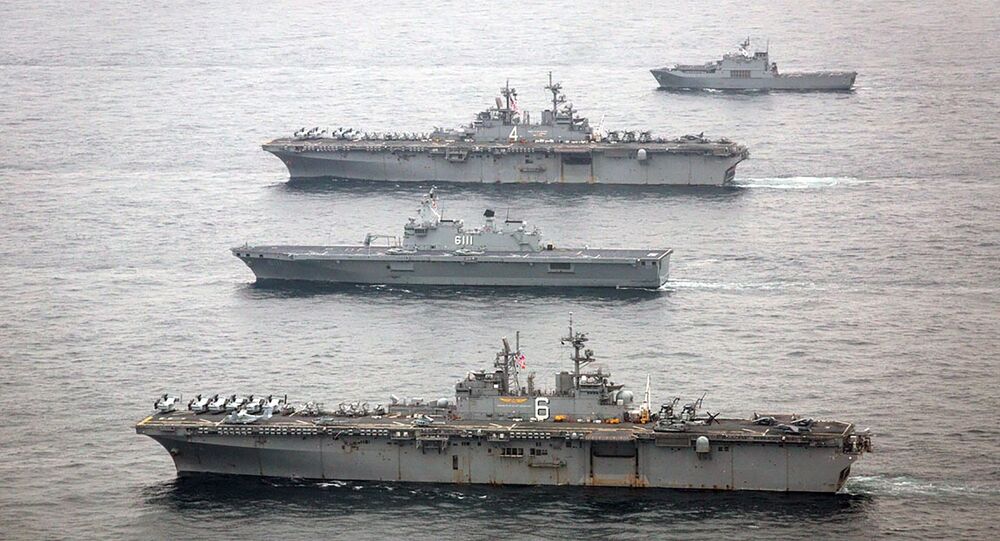 If the US Navy does not get the larger budget it has advocated for, a smaller and under-maintained carrier fleet would result in a "carrier gap" that would limit the US’ presence "around the world."

"We have not developed those specifics, but we will relay those to Congress in a classified document later to say what are the impacts," Vice Admiral Joe Mulloy, deputy chief of operations at the US Navy, told Congress.

Mulloy’s comments echoed those of his colleague, Vice Chief of naval operations Bill Moran. "Dire consequences" would ensue should the current budget sequestration and continuing resolution (CR), both of which reduce military spending, remain in place, Moran told the Senate in February.

In making his plea for a boosted budget, Moran made an emotional appeal by introducing the prospect that America’s youth attending one of the service academies, all of which are elite academic institutions made more attractive by the fact that there is no tuition to attend and students actually get paid for entering service. "I’m about to go to the Naval Academy to welcome the newest selectees for naval aviation. I would hate to tell them that they are not going to be able to train to be pilots for a while if we go to a year-long CR," Moran said.

Moran said that continued budget restrictions could create "more risk at home," adding that two Navy air wings could be decommissioned while two others would have their resources stripped down to bare-bones operating capacity. During Mulloy’s testimony, the navy leader said three air wings would enter bare bones capacity. He also added that 14 ships would have delayed availability.

By the end of April, Congress must authorize the FY2017 defense appropriations bill to avert a possible extension of the CR that would maintain current military spending limits, DoDBuzz reported.

Mulloy claimed that the Navy had a mere three weeks to trim billions from the Department of the Navy, the Navy itself, and about $2 billion from operational readiness. Conducting such cuts "in a matter of weeks" forces senior admirals into making "some very hard choices," Mulloy said.