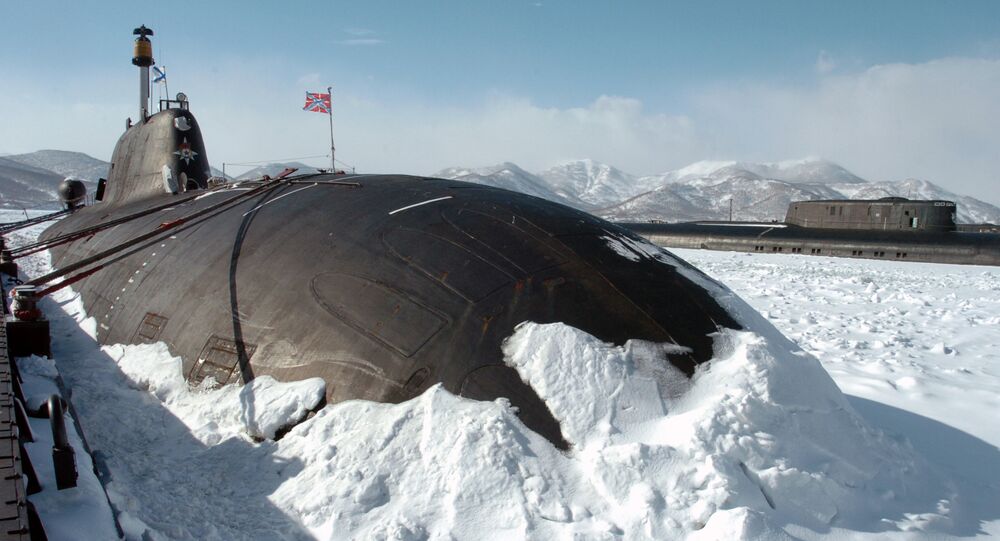 Russian combat submarines have returned to the Arctic region, where they will increase their presence in the near future, Rear Admiral Viktor Kochemazov, the head of the combat training department of the Russian Navy, told the Russian newspaper Krasnaya Zvezda.

© Sputnik . Ildus Gilyazutdinov
New Antennas to Make Russian Submarines Invisible to Sonars
In an interview with the Russian newspaper Krasnaya Zvezda, Rear Admiral Viktor Kochemazov, the head of the combat training department of the Russian Navy, said that the next few years will see Russian battle submarines increasing their presence in the Arctic region.

Developing the Arctic Ocean basin is one of the main tasks set by the Russian Commander-in-Chief, a task that Kochemazov said will be resolved by stationing Russian submarines there on a permanent basis.

"In the future, we plan to further increase our presence in the Arctic region [as] a matter of national state security," Kochemazov pointed out.

This video shows a Russian Akula-class nuclear powered submarine surfacing through the ice in the Arctic Ocean.

Kochemazov noted that after a long pause, the advanced Russian nuclear powered submarines have returned to the Arctic Ocean, including the Borey- and Yasen-class multipurpose ballistic missile submarines.

"Along with the modernization and construction of the new submarines, work is underway to create sophisticated submarine-based weapon systems," Kochemazov said, referring to the Kalibr and Oniks missile systems capable of destroying both sea and ground targets.

He recalled that the Kalibr missile systems were earlier successfully used against the terrorist group Daesh in Syria.

"Additionally, new samples of underwater naval weapons are being developed," he said, adding that new diesel-electric submarines and nuclear powered submarine cruisers have been equipped with torpedoes with improved tactical and technical characteristics since 2016.

"I want to note that the development and testing of new types of weapons is underway; in this vein, we are not lagging behind the NATO countries, and in some respects we even surpass them," Kochemasov said.

Separately, he noted that in order to improve the professional training of submarine crews, competitions are regularly held among Russian Navy units, in what is expected to add significantly to the combat capability of the Russian submarines.