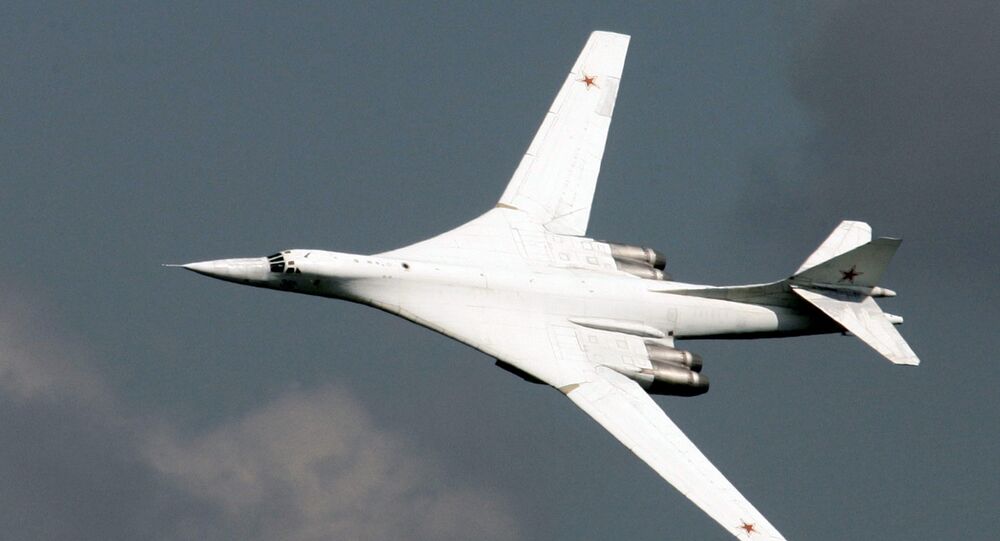 The Russian Aerospace Forces sent the time-tested Tupolev Tu-95 (Bear) strategic bombers equipped with the Raduga Kh-101, one of the most advanced cruise missiles in Russia's arsenal, to destroy Daesh targets near the city of Raqqa, the so-called capital of the terrorist group in Syria.

© Fotobank.ru/Getty Images
WATCH Russian Long-Range Bombers Launching Strikes With Brand New Cruise Missiles on Daesh in Raqqa (VIDEO)
The stealthy airborne Kh-101, developed by the Raduga Design Bureau, has a length of 7.45 meters (more than 24.4 feet) with a maximum launch weight of 2,400 kilograms (5,300 lb). The missile carries a 400-kilogram (880 lb) warhead. Its variation, known as the Kh-102, carries a 450 kT nuclear warhead.

The cruise missile is believed to have a range of up to 5,500 kilometers (over 3,400 miles). It is capable of travelling at a maximum speed of 270 m/s. The missile has a low altitude flight profile, travelling at 30-70 meters (100-230 feet) above the ground. The Kh-101 uses GLONASS, the Russian satellite navigation system, for trajectory correction and is reported to have an accuracy of five to six meters.

The Kh-101 is likely meant to replace the Kh-55, a subsonic air-launched cruise missile which has been in service since 1983.

© REUTERS / Khalil Ashawi
Clashes Between Syrian Army, Moderate Rebels Fully Stopped - Russian Defense Minister
The Kh-101, in service since 2013, was first tested in the 1990s. The missile is one of the newest and most technologically sophisticated weapons which made their debut in Syria. It was first used in combat on November 17, 2015 as part of Russia's limited aerial campaign aimed at helping Damascus destroy radical groups trying to overthrow President Bashar al-Assad.

The operation also marked the first time that the Tu-160 and the Tu-95 took part in a combat operation.

The mission, which took place on February 17, marked the fifth time that Russia has used the Kh-101 in combat.

The Russian Ministry of Defense released a video of the operation, which saw the aircraft annihilate a command center of one of a major Daesh unit, as well as several militant camps and training centers.

Pentagon Comments on Russia's Airstrikes With Cruise Missiles in Raqqa

Trial by Fire: MiG Chief Tells Sputnik That MiG-29s Proved Themselves Over Syria