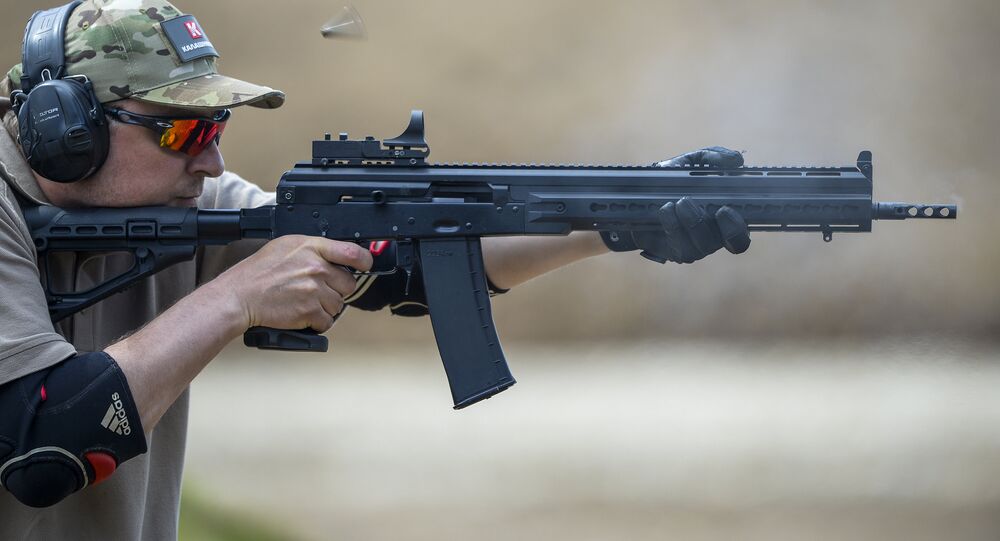 "Kalashnikov Concern, a part of the Rostec state corporation, has successfully completed the delivery of the first batch of Saiga-12S shotguns to the Indonesian national anti-narcotics agency (BNN). This delivery is strategically important for the expansion of civilian products exports, as well as foreign cooperation strengthening," the press service said.

The manufacturer's experts also conducted a training and show shootings for the BNN employees.

© Sputnik / Vasiliy Raksha
Move Over, Terminator: Russia Rolls Out Vikhr Combat Robot (PHOTOS)
The Saiga-12 is a 12-gauge shotgun available in a wide range of configurations, patterned after the Kalashnikov series of assault rifles. The Saiga-12S is a 23 inches version which comes with a traditional rifle stock or with an AK-style separate pistol grip and folding stock (version S for "skladnaya", "folding").