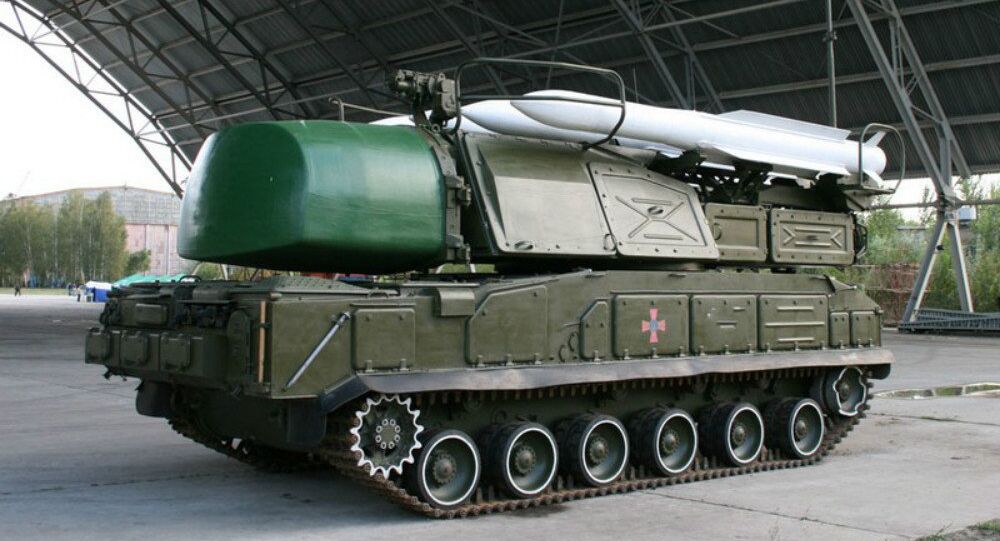 Kiev plans to carry out military exercises in Kherson Oblast, bordering Crimea. In an interview with Radio Sputnik, political analyst Bogdan Bezpalko described the initiative as a "clear provocation," saying that these war-games present a "military threat" to Russia.

"The goal which these drills pursue is largely clear. They are probably aimed at diverting attention away from Donbass, a target of mass shelling. But in general they are meant to generate tensions over Crimea and Donbass. They are also aimed at upping the ante in hopes that Russia will adversely respond to Kiev's statements," he said.

"In this case the tarnished image of [Ukrainian] air defense missile units will have an adverse effect on them," Bezpalko said, mentioning Siberia Airlines Flight 1812, which the Ukrainian Air Force shot down in 2001. "The investigation into the Malaysia Airlines Flight 17 has also not been closed. There are many signs indicating that the plane was downed by Ukrainian air defense missile units using the Buk. This means that [these drills] are a provocation which poses a military threat."

© Flickr / Ryan
Russian Senator Explains Why Ukrainian Drills Near Crimea Not Threatening Russia
Malaysia Airlines Flight MH17 was heading to Kuala Lumpur when it crashed in Ukraine's southeastern Donetsk region on July 17, 2014. There were no survivors. Ukrainian government forces and local militias in the east of the country have repeatedly blamed each over for the tragedy which took place at a time of heavy fighting in the region.

The Ukrainian Defense Ministry did not say when the war-games will take place.

The analyst suggested that Russia should use "diplomatic, military diplomatic, media and technical means" in response to the upcoming exercises.

© REUTERS / Stringer
Russia's Lawmaker Not Ruling Out Accidents During Ukrainian Missile Drills
"Above all every effort should be made to avert tragedy, prevent our planes from being downed and ensure that our people are safe," Bezpalko said.

According to Gutsulyak, Kiev plans to hold approximately 50 tactical training exercises this year to "improve coordination" of Ukrainian air defense missile units. He added that the Ukrainian Armed Forces will take part in the Saber Guardian 2017, a multinational military exercise which will be held in Romania. Supervised by the US Army Europe, the drills have been in place since 2013. Gutsulyak specifically mentioned that S-300 units will conduct live-fire test as part of these drills.