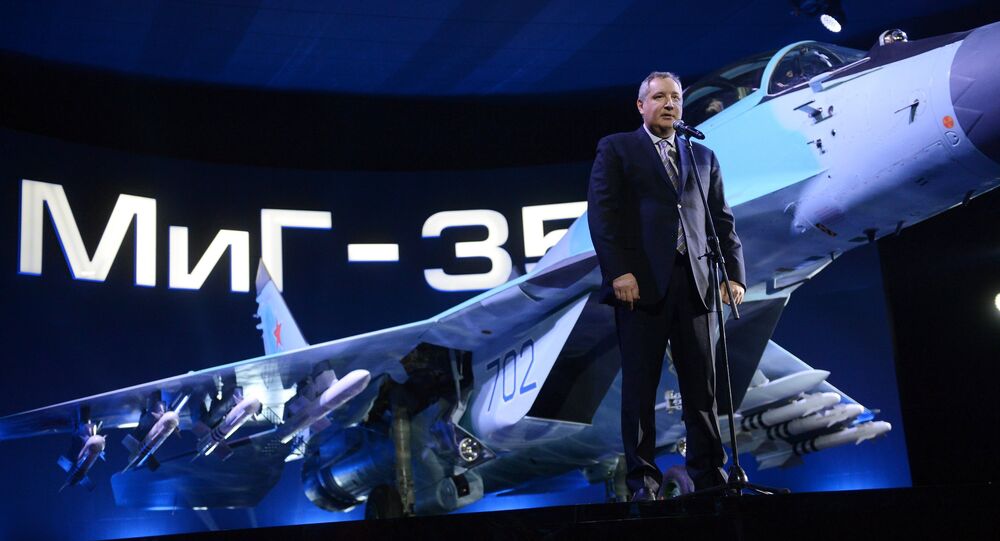 The MiG corporation will develop a light fifth-generation fighter jet, according to Russia's deputy prime minister.

© Flickr / mashleymorgan
Russia Needs MiG-35 Fighters for Combat Missions in Syria-Like Conflicts
The Russian Aerospace Forces presently have only 4++ generation fighters on service. At the same time, Sukhoi is developing and testing the fifth-generation fighter aircraft and Russia is expected to start PAK FA production on schedule in 2017, according to Russian Aerospace Forces Commander Viktor Bondarev.

At the moment, only the United States have fifth-generation aircraft on service, namely F-22 and F-35 fighters.