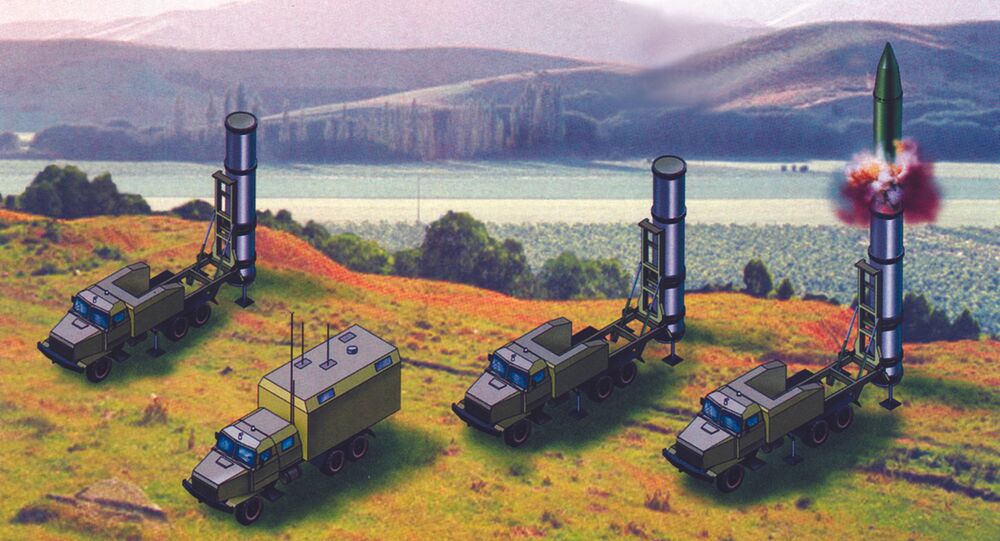 Last year it was reported that Saudi investors had secretly invested about $40 million into the development of the Grom-2: a new Ukrainian tactical short range ballistic missile (SRBM) system designed to compete with Russia's Iskander. However, reports now suggest that the Saudis have cut off funding, leading to the suspension of the program.

Last summer, Ukrainian media reported that military engineers from the Yuzhnoye Design Bureau and the Pavlograd Chemical Plant had begun development work on the Grom-2 ('Thunder') system using money from a mysterious foreign client. That secret client was soon revealed to be Saudi Arabia, whose investors provided about one billion hryvnia ($40 million US) for the design and development of the ground-to-ground tactical short-range missile system.

At the time, experts speculated that the Saudis were looking for a system capable of firing both ballistic and cruise missile interchangeably, and Grom-2, whose initial design goes back to the early 2000s, was supposed to be fitted with two ground-to-ground missiles with a range of 280 km (upgradable to 500 km, although this would be illegal under the Missile Technology Control Regime treaty, to which Ukraine is a party).

The system was said to be so advanced that it would change the balance of power between Ukraine and Russia, and outperform and outprice the Russian 9K720 Iskander SRBM that it was meant to compete with. The missiles' unpredictable trajectory would make them immune to Russian air defenses, including the S-300 and S-400, media said.

Without getting into detail, BMPD said only that "the reason for the halt is the lack of funding from the customer from the Kingdom of Saudi Arabia for the second stage of design and development work."

© REUTERS
Defending from Outer Space? Israel Introduces Arrow-3 Missile Interceptor System
Furthermore, the report added that earlier claims by some Ukrainian media that the system would be ready to enter into service with the Ukrainian military later this year "do not reflect the actual situation."

Defense analysts, Ukrainian and Russian alike, are now left with the question of why the Saudis would decide to freeze financing for Grom-2 at this stage. Saudi Arabia, they recalled, had unsuccessfully sought to obtain both Russian and American systems (the Iskander and the ATACMS, respectively), but has had no luck doing so.

CAST senior fellow Andrei Frolov suggested that it's possible that Riyadh was simply unsatisfied with the results of the first stage of R&D work. Alternatively, he noted, the Saudi partners themselves may have run out of money, or Ukraine could have been pressured to stop development by its Western allies. Another option, he said, was that the Saudis may have never planned to see the project through to completion at all, and simply wanted access to the missile technology or its individual components.

© Sputnik / Ruslan Krivobok
'Second to None': Why Vietnam Prefers Russian Weapons to Their Foreign Analogues
For his part, journalist and political analyst Anatoly Wasserman said that initially, Riyadh seemed to have been interested in the purchase of Ukrainian missiles in commercial quantities. Unfortunately, he added, the Saudis soon came to understand that Ukraine's economy, "ravaged by two coups, first in 2004 and then in 2014, has been finished off" by the halt in economic cooperation with Russia, was incapable of offering what they were looking for.

"It's clear that an economy managed in this way…has difficulty coping with even the simplest of tasks, not to mention something like the development of compact ballistic missiles, and with maneuvering warheads to boot," Wasserman explained. "Therefore even though the word 'Iskander' is Arabic, or rather the Arabic pronunciation of the Greek word 'Alexander', the Arabs didn't get a chance to get these 'Iskanders' on the cheap" from Ukraine.

'Second to None': Why Vietnam Prefers Russian Weapons to Their Foreign Analogues