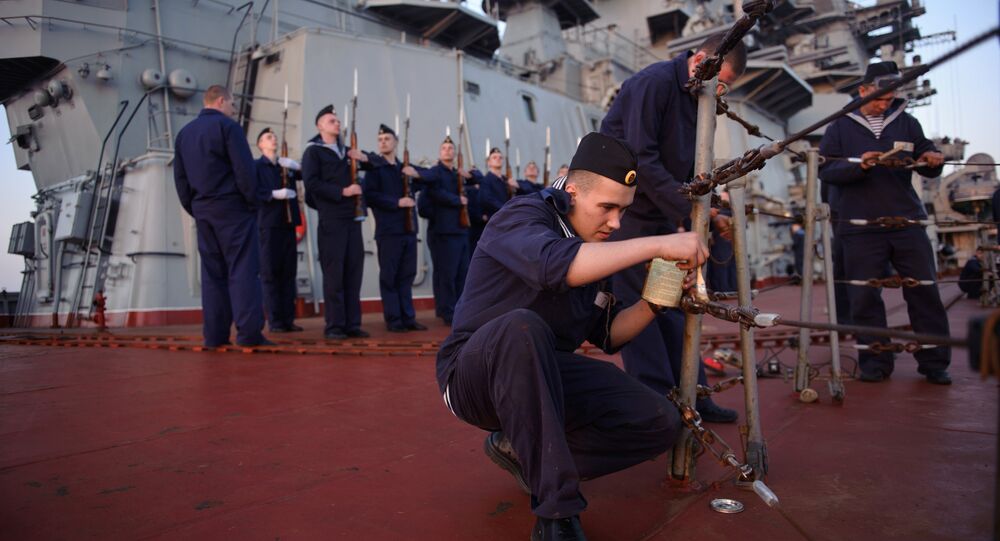 Earlier in the day, Moscow said it had signed an agreement with Damascus on the extension and overhaul of the Tartus naval facility.

MOSCOW (Sputnik) — Russia may simultaneously deploy up to 11 warships, including nuclear-powered combat vessels, at the Tartus naval facility in Syria, according to a Russia-Syria agreement posted on Russian government's legal information portal on Friday.

"Russia is allowed to simultaneously deploy at the [Tartus] naval maintenance facility a maximum of 11 warships, including combat vessels equipped with nuclear-powered propulsion systems, and under condition that all ecological and nuclear safety requirements have been fulfilled," the agreement stipulates.

© Sputnik / Maksim Blinov
Russia to Deploy Aircraft at Hmeymim Airbase in Syria Free of Charge
According to the document, Russia pledges to inform about the arrival of its warships to Tartus with a 12-hour prior notice.

In addition, Russia will have the right to deliver and store any type of weaponry and ammunition at the Tartus facility to ensure its proper functioning and defenses, the document says.

Five Reasons Why Russia Needs a Military Base in Syrian Tartus