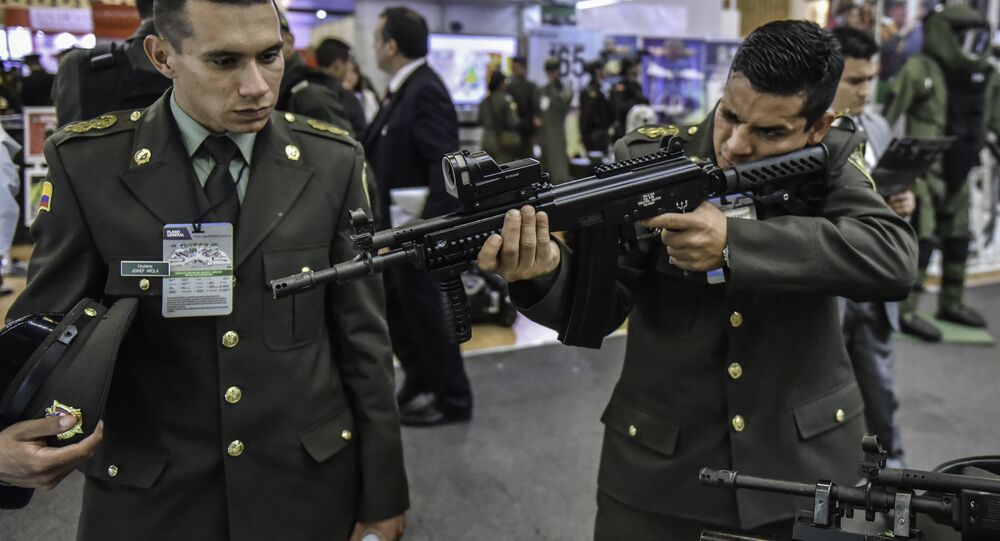 Knock-Off Kalashnikovs: A Look at the Sequels to Russia's World-Famous AK-47

The 20th century saw a whole array of attempts by arms manufacturers throughout the world to copy the legendary Kalashnikov assault rifle; Sputnik decided to look into some of the would-be Kalashnikovs.

© Sputnik / Vasily Raksha
The Praised and Faulted Kalashnikov Rifle: Myths vs Facts
In the Soviet era, countries allied with the USSR, such as the German Democratic Republic, Hungary, Poland and Romania, produced their own versions of the Kalashnikov assault rifle. These looked very much like the original but featured different design elements, according to the Russian news website Lenta.ru.

For example, Romania's AIM assault rifle is a 1965 version of the Soviet AKM, the 1959 successor to the AK-47. It was produced under license with some minor upgrades and was exported globally.

The AIM was equipped with an additional vertical grip, which makes the weapon more controllable during fully automatic firing.

The Kbk wz. 1988 Tantal was the Polish version of the AK-74, which had replaced the AKM in 1974. It was intended to be a lighter and more modern version of the rifle.

Unfortunately, its more complicated firing mechanism, which in addition to semi-auto and full-auto modes allowed for three-round bursts, led to decreased reliability; it frequently jammed and misfired.

In the mid-1990s, the Finnish Defense Forces introduced the RK 95 TP, a select-fire, gas-operated firearm which used an operating system patterned after the Kalashnikov, with a long stroke gas piston rod coupled to the bolt carrier, just like in AK rifles.

The RK 95 TP can be considered the most successful version of the Kalashnikov in terms of design, according to Lenta.ru.

Notably, it was another Finnish version of the Kalashnikov, the Valmet Rk.62, which added to the Galil family of Israeli small arms designed by Yisrael Galil and Yaacov Lior in the late 1960s.

The Gali rifles are selective fire weapons operated by a Kalashnikov-styled gas-driven piston system with no regulator.

The Galil ACE 32 uses a modernized design and material to increase its accuracy and lower its weight, while maintaining the Galil's ergonomics, ease of maintenance and reliability under battle conditions.

© AFP 2020 / ERNESTO BENAVIDES
A soldier prepares to fire a Galil assault rifle at the FAME base (Army Factory of weapons and munitions of the Peruvian Army) in Lima on October 12, 2011

It's no wonder that the Galil series of weapons is currently in use with military and police forces in over 25 countries. Earlier, the Israelis had even managed to outperform the Soviet Union and later Russia in rifle sales to traditional "Kalashnikov" markets such as Latin America, Africa and Asia, according to Lenta.ru.

South Africa is another country which produces a Kalashnikov copycat, the Vektor CR-21, which was designed as a possible replacement for the South African National Defense Force's current R4 assault rifle.

The CR-21, which was first unveiled in 1997, uses what's known as a 'bullpup configuration' its action takes place behind its triggering mechanism. That allows the rifle to be as short as a typical carbine while retaining the muzzle velocity of longer assault rifles.

"It should be noted that arms manufacturers had repeatedly tried to create the most advanced bullpup version of the Kalashnikov assault rifle, but to no avail," Lenta reported, adding that the CR-21 had never forayed into global arms market.