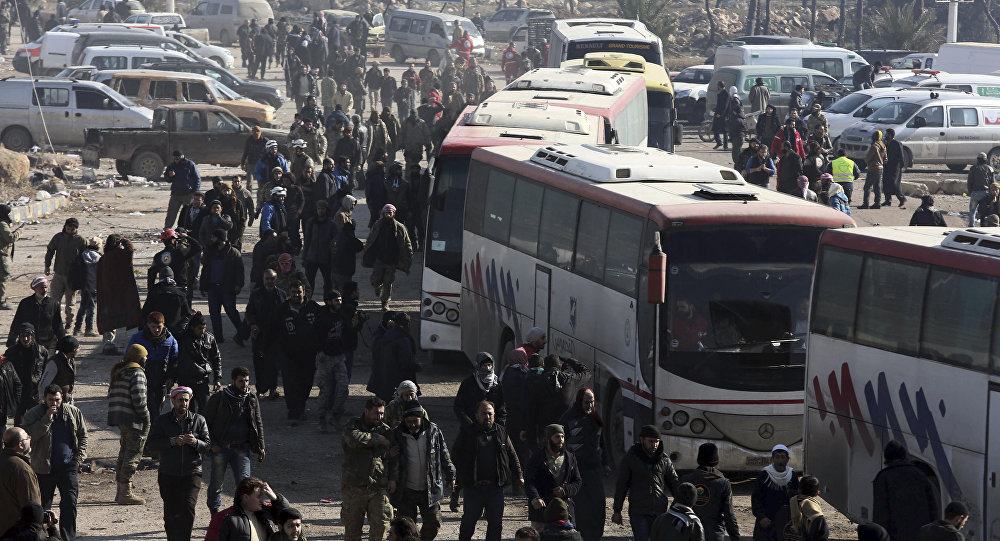 The operation conducted in cooperation with Iran and Turkey and aimed at withdrawal of militants from Aleppo has been complete and the conditions for launching talks on the full ceasefire, Russian Defense Minister Sergei Shoigu said Friday.

MOSCOW (Sputnik) – On December 16, the Russian Defense Ministry's center for Syrian reconciliation said that the Syrian army operation to liberate the eastern neighborhoods of the Syrian city of Aleppo was over, and that Syrian government troops were eliminating separate hotbeds of militants' resistance.

“The operation was conducted at your request in close contact with Turkish and Iranian colleagues.  The next phase should follow. In my view we have come close to achieving full ceasefire on the Syrian territory,” Shoigu said at a meeting with Russian President Vladimir Putin.

“Together with our Turkish and Iranian colleagues and of course with the Syrian authorities we managed to create conditions for evacuating almost 34,000 people during these days – almost 14,000 of them are men, there were also about 8,500 children and almost the same number of women,” Shoigu stated.

Aleppo Residents Had Access to Medical Aid Throughout Conflict