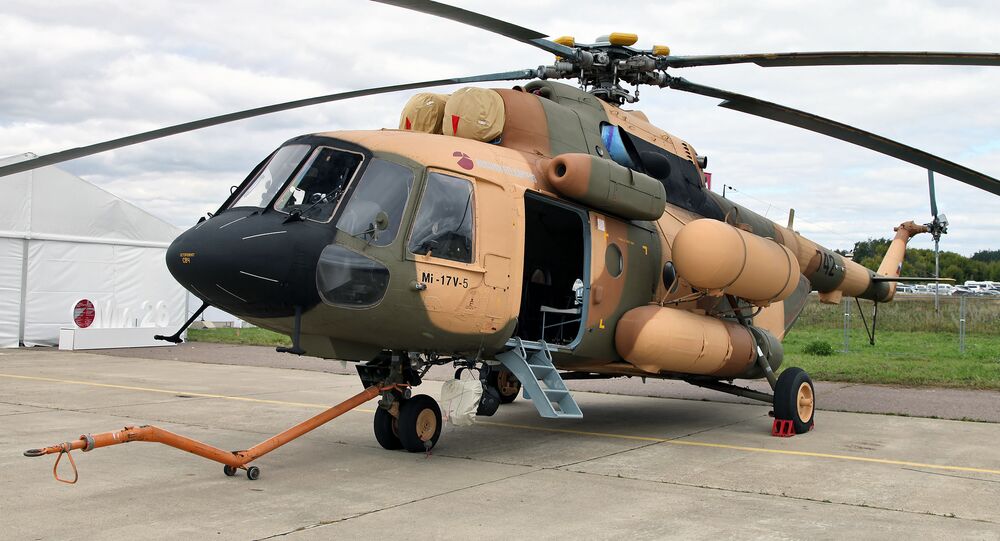 Amid rising militancy in its different regions, India intends to install more avionics that would boost its military strength in fighting militants in the dense forests of Kashmir and other dangerous areas.

New Delhi (Sputnik) — India has decided to add some more strength in its Russian made military helicopters Mi-17 V5.

© Sputnik / Ramil Sitdikov
India-Russia to Step Up Talks on Co-Production of Kamov Helicopters
The system will provide self-protection to the helicopter against radar controlled weapons and IR seeking missiles by employing different counter measures such as chaffs, flares and directed infra-red. The Missile Approach Warning System (MAWS) is intended to provide the capability of detecting, identifying warning and prioritizing air to air and ground to air threat missiles to the pilot. Fifteen Mi-17 V5 helicopters would also be integrated with Laser Warning Receiver (LWR) and Directed Infrared Counter Measures.

India also wants to secure its helicopters against radar controlled weapons and IR seeking missiles. For this Bharat Dynamics Limited (BDL) has design and developed the Counter Measure Dispensing System that will be integrated on to the platform.

India plans to buy additional helicopters from Russia out of which more than a dozen will be made available to the BSF. India had already approved the purchase of 48 more Mi-17 V-5 medium lift helicopters. Delivery of 151 Mi-17 V-5 helicopters was made in February this year.