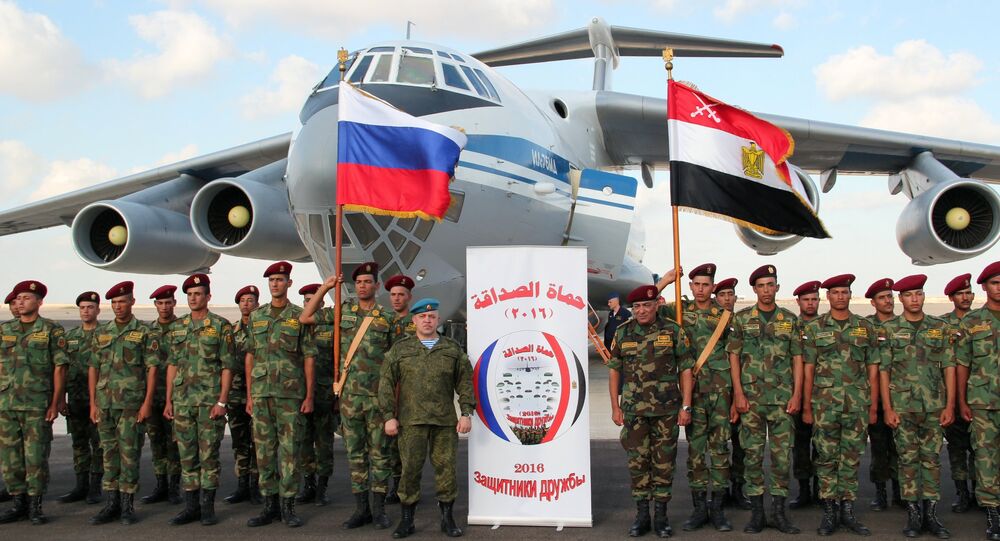 Holding joint drills was highly important for the efficiency of the international anti-terrorist efforts, a Egyptian military official said.

BORG EL ARAB (Sputnik) — Egyptian military will use the experience of the Russian Airborne Troops in the fight against international terrorism following the joint Defenders of Friendship 2016 exercise underway in the Arab republic, head of the Training Authority of the Egyptian Armed Forces Ahmed Wasfi said on Friday.

"Joint exercises provide opportunity for the experience exchange between the armed forces of Egypt and the Russian Federation…. I want to draw the attention of Egyptian paratroopers to the need to use the vast experience of the Airborne Troops of Russia," Wasfi told reporters.

© Photo : Youtube/Sputnik
'Defenders of Friendship:' Egyptian and Russian Joint Anti-Terrorist Drills
He stressed that holding joint drills was highly important for the efficiency of the international anti-terrorist efforts.

"Such events are very important for a successful fight against international terrorism that threatens the world. We have modern military equipment, but the most important part of the army is military personnel," Wasfi added.

The first Russia-Egypt anti-terrorism drills kicked off in Egypt on October 15 and will last until October 26. Over 500 servicemen from Russian Airborne Troops take part in the exercise as well as more than 15 helicopters and planes.