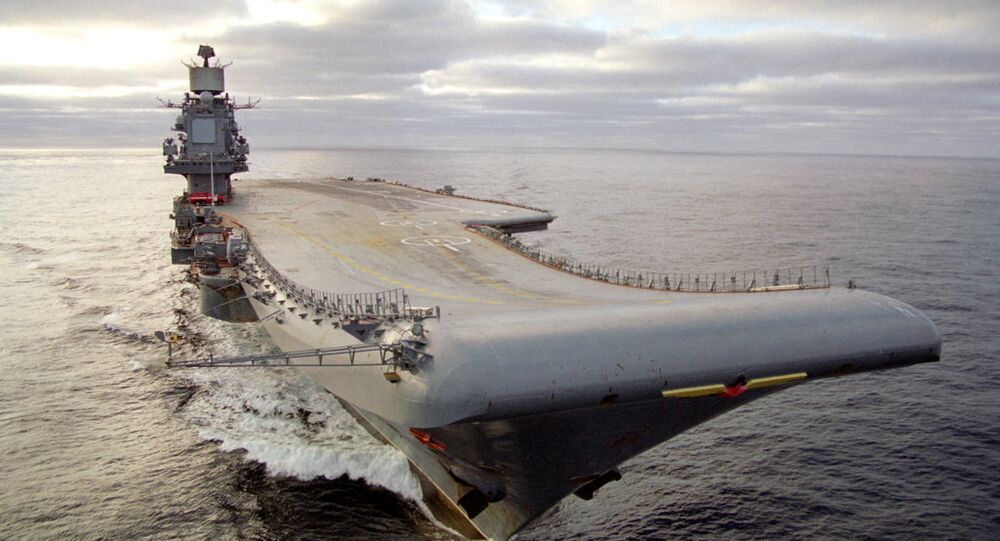 Russian aircraft carrier Admiral Kuznetsov will be heading to the Mediterranean Sea in order to support the ongoing anti-Daesh military operation in Syria while carrying a full complement of weaponry and military aircraft.

Earlier, Russian Defense Minister Sergei Shoigu said that a naval aircraft carrier group led by Admiral Kuznetsov will be deployed to the Mediterranean Sea in order to bolster the Russian naval capabilities in the region. While en route to the Syrian coast, the group, which will also include a nuclear submarine, is expected to hold a military exercise involving Tu-160 long-range strategic bomber aircraft.

"The entire spectrum of aircraft and helicopters stipulated by the minister’s decision will be deployed on it (the carrier)," Maj. General Igor Kozhin, chief of the Russian Naval Aviation, said.

In 2016 however the carrier received a number of upgrades and can now also carry Ka-52K reconnaissance and combat helicopters that were originally designed for operations aboard the French-built Mistral-class amphibious assault ships.