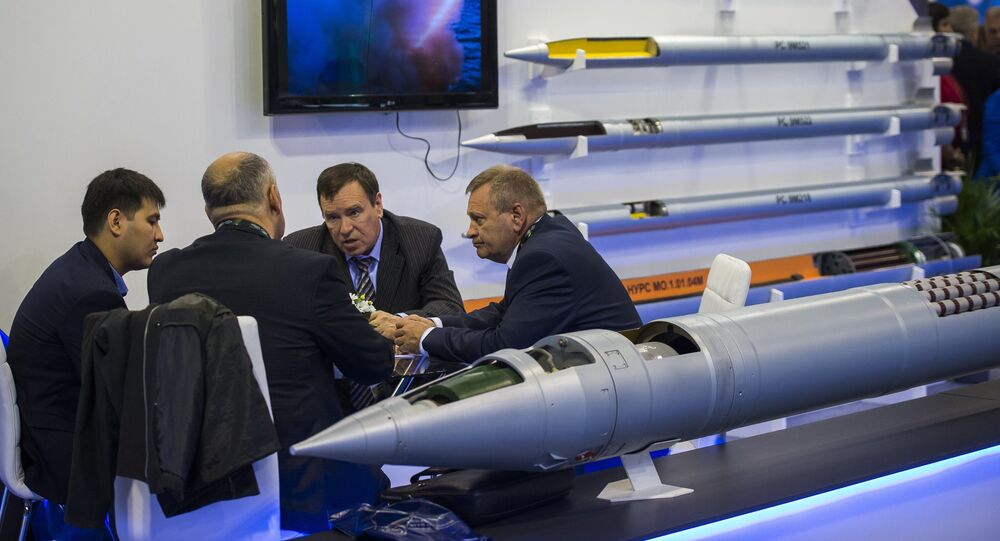 Rosoboronexport will exhibit military equipment at the Africa Aerospace and Defense (AAD 2016) arms expo due to be held on September 14-18 in Pretoria, the exporter said Tuesday.

© Sputnik / Alexei Kudenko
Russia Plans $15Bln of Arms Exports in 2016 - Rosoboronexport
MOSCOW (Sputnik) — Russia's state arms exporter Rosoboronexport will exhibit military equipment that will be of interest for African countries, at the Africa Aerospace and Defense (AAD 2016) arms expo due to be held on September 14-18 in Pretoria, the exporter said Tuesday.

The company will display almost the entire range of military equipment produced by Russia's 14 leading manufacturers, including Yak-130 combat trainer aircraft, Mi-28NE attack helicopter, IL-76MD-90A military transport aircraft and the Project 636 big diesel-electric submarine, which are expected to attract much interest, Rosoboronexport said in a statement.

"It will be the eighth time that we have brought Russian equipment there. We keep expanding cooperation with most of the countries no matter where on the continent, both in Northern Africa and with states to the south of the Sahara [Desert]. The backlog of Russian equipment for Africa is already worth more than $21 billion," Yury Demchenko, the chief adviser to Rosoboronexport’s director general, said, as quoted in the statement.

The Russian delegation will make a first-time display of equipment employing augmented reality technology at the expo, it was added in the statement.

According to the statement, Rosoboronexport's delegation plans to meet with defense officials and business representatives from more than 25 African countries at the AAD 2016.