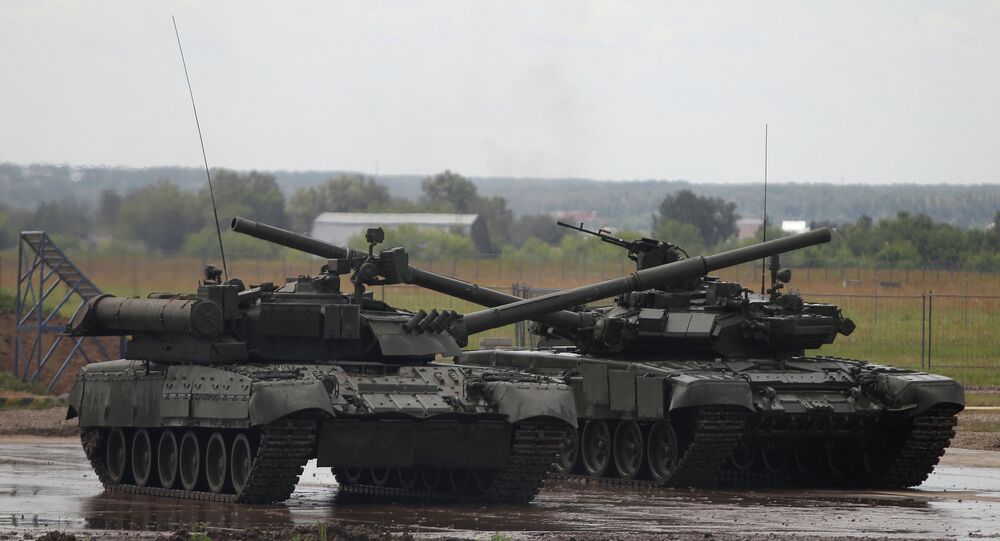 The Russian Ministry of Defense published a video with spectacular footage of the Armata tank and its military personnel. The footage was released for the seventieth anniversary of Tankers Day.

Tankers Day was established in Russia 70 years ago. It recognizes the invaluable contribution of tank mechanized troops to defeating the enemy in the Great Patriotic War [WWII].

The day also celebrates the achievements of scientists, constructors, tank engineers in the technical equipment of the Armed Forces.

Tank troops are also used in counter-attacks and numerous types of  battles. Over the years, the troops have walked a heroic path of growth and development from light tanks to tanks equipped with modern arms like rocket and cannon armaments.

© Sputnik / Vladimir Astapkovich
Russian Armata Tank Forces 'West to Hastily Upgrade' Their Own Combat Vehicles
The journey started from individual armor units of the Red Army to tank armies of World War II leading up all the way to the advanced units of the Armed Forces.

The recent footage showings the Armata tank demonstrates great progress Russian tanks have seen in the past few years.

The new generation tank has unique defensive capabilities and technical characteristics. According to the Ministry of Defense, the published footage is the most spectacular and rare in modern history of the Russian armored forces.

The T-14 Armata was unveiled during the May 9 Victory Day military parade in Moscow in 2015.

The main battle tank is operated by a crew of three soldiers, housed in an armored capsule at the front.

Armata also uses a wire-guidance system that allows the operator to correct the course of their missiles while it is in the air.