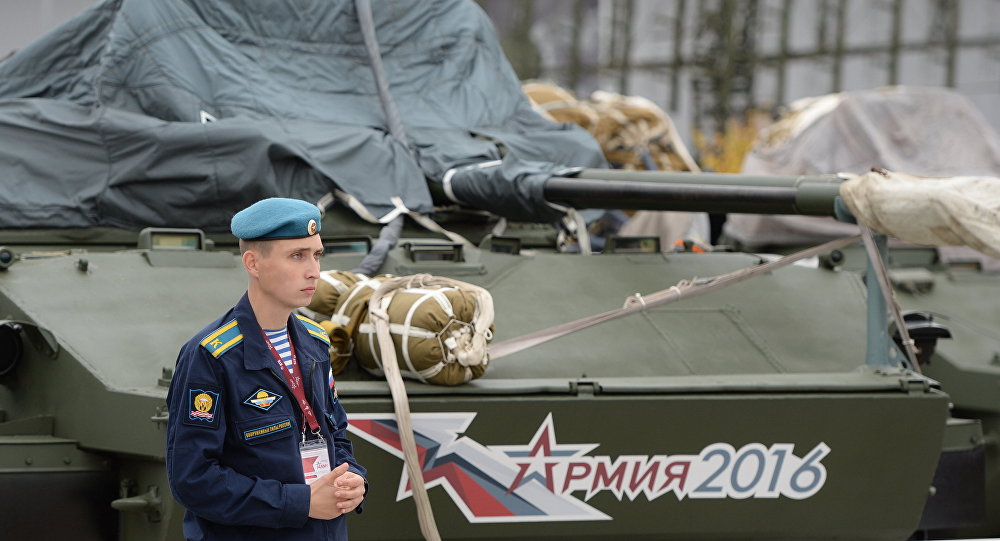 MOSCOW (Sputnik) — The latest tendency in NATO countries and in East Asia is to design front-wheel drive tracked combat vehicles with the crew space located in the armored section of the body, the representative of the heavy equipment factory said, speaking at a roundtable discussion at the ongoing Army-2016 international military and technical forum near Moscow.

"Due to this, the design of a potential BMD [Combat Vehicle of the Airborne Troops] vehicle with a 100 plus 30 fighting compartment [a 30-milimeter cannon and a 100-milimeter gun/launcher] is proposed, which is currently being developed for the BMP-3 Dragoon [infantry fighting vehicle]," the representative said. 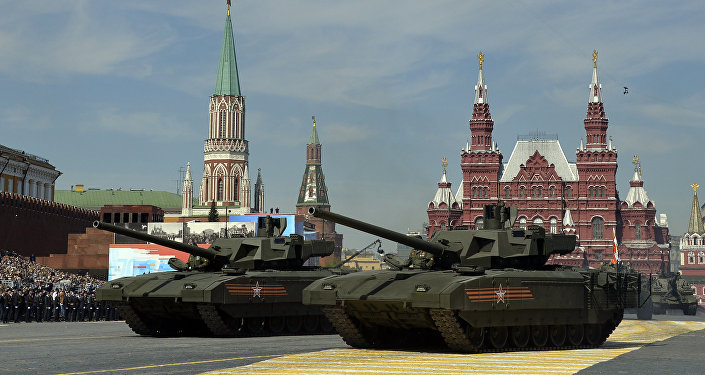 © AFP 2019 / YURI KADOBNOV
Unmanned Robotic Armata Tank to Be Developed in 2018 - Russian Defense Ministry
The proposed layout places the crew in the chassis of the vehicle behind the engine transmission compartment, which provides additional protection, he added, noting that the designs also provided for additional interior space for the crew and an enlarged hatch for easier troop deployment.

Russia's current newest infantry fighting vehicle is the BMD-4, which was designed in the 1990s and entered into service in 2004. Designed to transport Russian Airborne Forces, the vehicle has improved in firepower compared to its BMD-3 predecessor, but the crew positioning and ergonomics were left largely unchanged.

Russian Army Military Might on Show at 'Army 2016' Forum