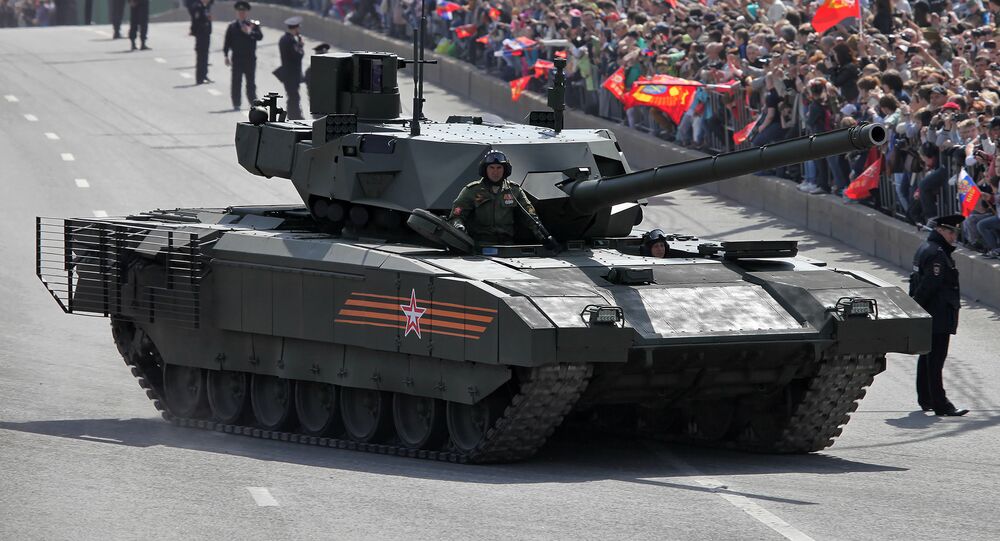 Russian engineers have developed a new type of munition for the T-14 Armata main battle tank.

Oleg Sienko, the corporation's CEO, has announced the development at the Army-2016 international military expo that launched in Moscow on September 6, according to RIA Novosti.

"We produced this 125mm remotely-detonated munition acting on our own initiative. We've never done anything like that before, until now. We’ve already completed the development, production and testing stages, and it has already entered service. And now we also offer it for export," Sienko said.

The T-14 Armata is a state-of-the-art main battle tank based of the Armata Universal Combat Platform, which represents the new generation of Russian tanks. It was first presented to the public during the Victory Day Parade in Moscow on May 9, 2015, prompting the militaries of several Western powers to struggle to develop weapons capable of countering it.