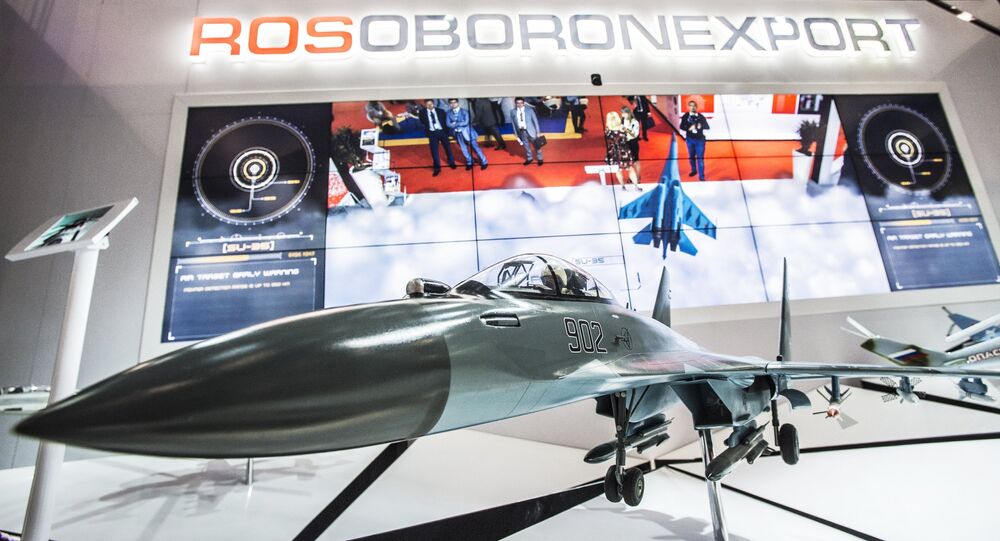 Rostec CEO Sergey Chemezov said that Rosoboronexport was planning to sell more than $13 billion worth of weapons in 2016 and arms exporter has already sold arms at a cost of $7 billion.

Earlier in the day, Rostec CEO Sergey Chemezov said that Rosoboronexport was planning to sell more than $13 billion worth of weapons in 2016.

"This year's plan stipulates sales of arms worth some $13 billion, we have already sold [arms] at a cost of $7 billion, that means more than a half [of our target]," Sergey Goreslavsky said, speaking at the Army-2016 military forum.

He added that Russia would receive large payments under its contracts with Iran and China by the end of the year.

© Sputnik / Evgeny Biyatov
Playing With Big Guns: Highlights of the International Army Games 2016
19
Rosoboronexport is responsible for over 85 percent of Russian arms and military technology exports, according to the Rostec state technologies corporation, which owns the arms exporter.

Playing With Big Guns: Highlights of the International Army Games 2016