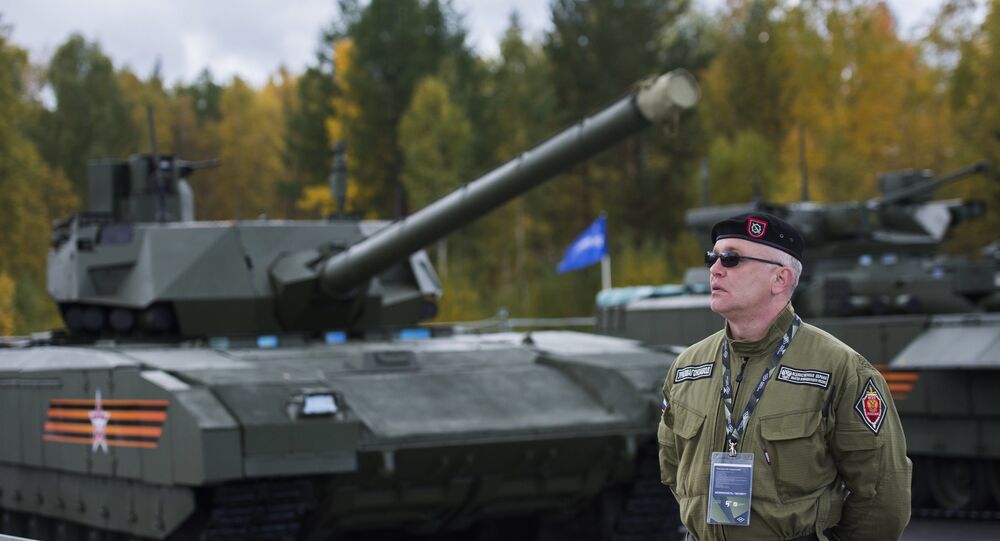 India plans to be presented at the Army-2016 international military expo to be held near Moscow starting Tuesday.

© Sputnik / Evgeny Biyatov
Russian Rosoboronexport to Showcase Over 270 Types of Weapons at Army-2016
MOSCOW (Sputnik) — India plans to send a delegation headed by the deputy chief of army staff to the Army-2016 international military expo to be held near Moscow starting Tuesday, a press officer at the Indian Embassy in Russia told Sputnik on Monday.

"The Indian delegation to the Army-2016 forum is headed by the deputy chief of army staff Lt. Gen. Subrata Saha," the embassy spokesperson said.

The military forum, which is set to take place on September 6-11 in Kubinka, a western suburb of Moscow, will bring together representatives from the Russian defense industry, research institutes, universities, as well as foreign companies.

Over 800 Russian and foreign participants will mount some 7,000 exhibitions throughout the week. The forum's participants and guests will attend a number of conferences and roundtables to discuss the future development of military technology.