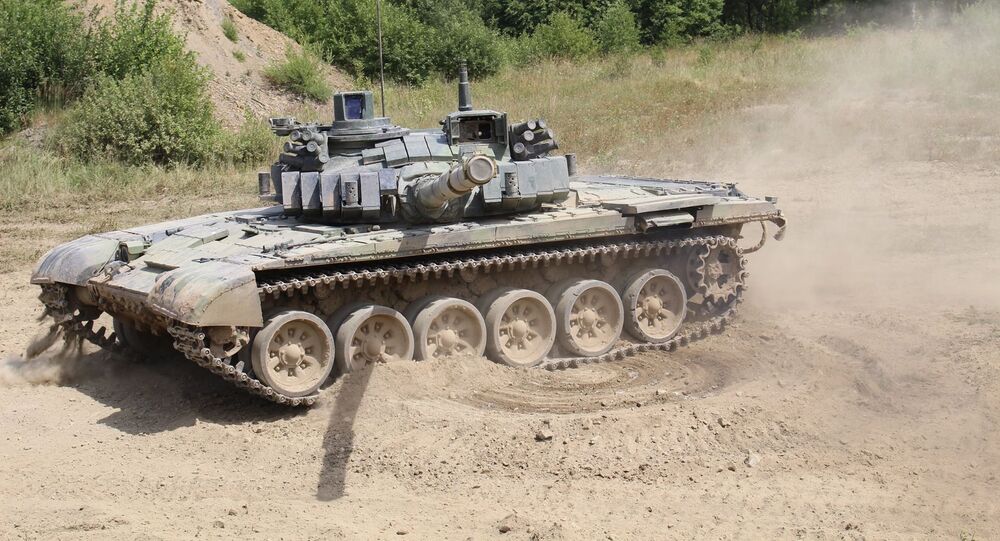 What Price Will Prague Pay to Purchase German Leopard Tanks

The decision to switch from Russian-made T-72 main battle tanks to German manufactured Leopards is going to cost Czech taxpayers a considerable sum of money.

© AFP 2020 / JONATHAN NACKSTRAND
Slovakia Set to Acquire 30 Advanced Tanks From Poland
The Czech military leadership appears set to purchase German Leopard main battle tanks in order to replace the Soviet-made T-72 as a mainstay of the nation’s armored forces.
Russian military analyst and first vice-president of the Academy of Geopolitical Problems Konstantin Sivkov told Sputnik that while not terribly expensive, this initiative is still going to cost Prague a pretty penny.

"A Leopard tank would cost about $7.5 million. The Czech military is unlikely to require more than 1000 of these tanks, but it’s still going to be a pricey endeavor. For example, a Russian-made T-90A tank, with technical parameters on par with those of Leopard, costs about $2.5-3 million. And the famous Armata is more expensive – it costs about $7-8 million – but it is a cutting edge weapon that vastly surpasses the Leopard," Sivkov remarked.

He also pointed out that since the T-72 has a considerable modernization potential, the decision to switch to Leopards has nothing to do with the Russian tank becoming outdated.

"The frontal armor of Russian-made T-72B3 and T-72BM tanks is on par with that of a Leopard. The armor-piercing capability of the German tank’s cannon is lower than that of its Russian counterpart… The penetrating power of a standard NATO depleted uranium shell employed by Leopard is greater than that of a Russian tungsten-core munition, though it should be noted that depleted uranium is a source of harmful radiation and has a detrimental effect on the tank crew’s health. The Leopard’s fire control system is more advanced, it allows the tank to engage targets both during day and night, and under any weather conditions… The chief advantage of the Russian tank however is its weight – 42 tons. The German tank weighs 62 tons which means that it can only cross about 30 percent of Europe’s bridges, while the T-72 can navigate 90 percent of them," the analyst surmised.

All in all, Sivkov said, Prague’s decision to purchase Leopards appears to be motivated by the nation’s allegiance to NATO.

"Alas, the world today is divided. The nations that once used to be a part of the Warsaw Pact are now members of NATO, our potential enemy. And in case of a hypothetical conflict with Russia they can’t employ Russian-made hardware, so now they have to rearm themselves. And the Czech people are, of course, going to pay for it – a lot," he added.