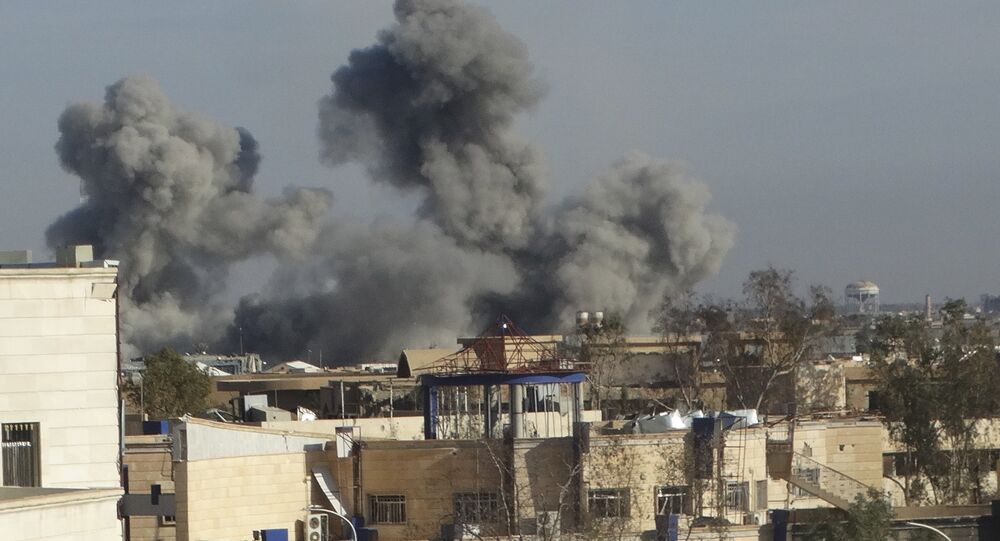 The US-led coalition conducted 12 airstrikes against Daesh positions in Syria and Iraq on Tuesday, the US Central Command (CENTCOM) said in a press release.

WASHINGTON (Sputnik) — The US-led coalition of more than 60 nations has been carrying out airstrikes in Syria and Iraq since the summer of 2014.

At Least 14 Civilians Killed in Recent US Airstrikes in Syria, Iraq

US Investigating 20 Reports of Alleged Civilian Casualties in Iraq, Syria