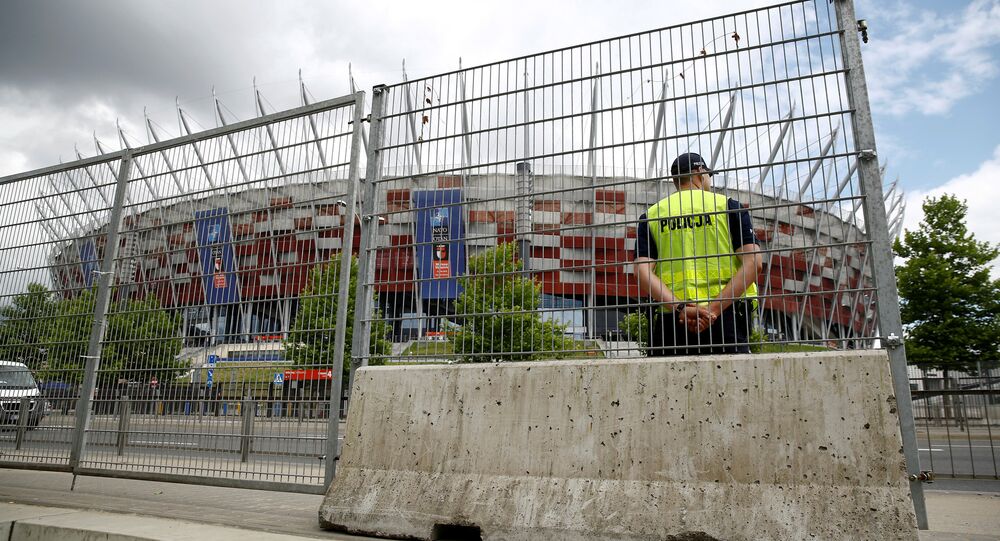 The Counter-NATO summit kicks off in Warsaw, Poland on Friday to campaign against inclusion of non-aligned states such as Finland, Sweden and Ukraine in the NATO enlargement strategy, an organizer of the event and a co-chair of the International network "No to War - No to NATO" told Sputnik on Friday.

MOSCOW (Sputnik) — On July 8-9, NATO will hold a Summit in Warsaw, Poland to discuss boosting the alliance’s military presence in Eastern Europe among other topics.

"The situation in Europe is crucial these days. NATO continues to enlarge, signing off troops to its eastern flanks, NATO plans to admit more countries to the alliance and this is a move in a wrong direction. Countries like Ukraine, Finland, Sweden are going to participate at the summit and are already included in the alliance's enlargement strategy and exercises near the Russian border," Kristine Karch, a co-chair of the International network 'No to War — No to NATO', said.

© CC0 / US Army Europe Images / Raising of the NATO flag
Warsaw Tweaks Laws to Please the West Ahead of NATO Summit
"We are in favor of the peaceful world and we do not think that this militaristic organization is able to bring peace and stability to the world. We saw how NATO acted in the last months and years. It is enlarging and threatening Russia, it is also a threat to refugees who are fleeing wars," Karch added.

The "No to NATO" website says that on July 9 activists plan to take their protest to the streets of Warsaw to express opposition to the NATO summit. The organizers are expecting Saturday’s march to be a major demonstration.

NATO Role in Syria Should Include ‘Strategic Counter’ to Russia - CENTCOM