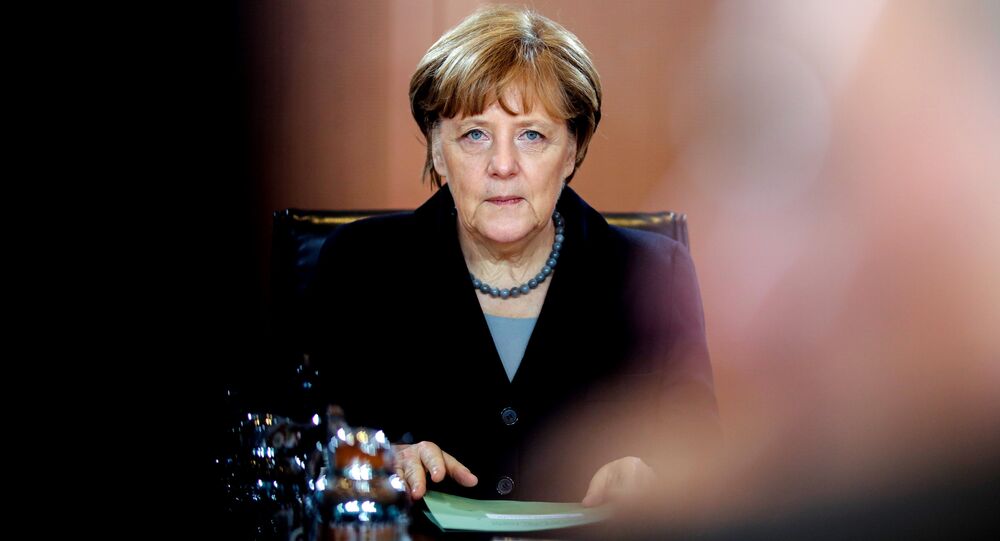 NATO does not intend to refuse to cooperate with Russia, German Chancellor Angela Merkel said on Thursday.

BERLIN (Sputnik) — On Wednesday, NATO Secretary General Jens Stoltenberg confirmed the next Russia-NATO Council would be held in Brussels on July 13 and would be focused on the Ukrainian crisis and the situation in Afghanistan.

"We are unanimous in the position that continuous security in Europe is only possible with Russia, and not in opposition to it. The central place for dialogue with Russia remains the NATO-Russia Council," Merkel told the Bundestag.

"It would be useful if Russia had accepted NATO's proposal to hold a new session before the summit tomorrow, because it would give us a possibility to clarify the forthcoming decisions by the alliance and prevent possible misunderstanding," Merkel told the Bundestag.

According to Merkel, Russia rejected the offer, thus the next meeting of the council will take place after the Warsaw summit.

© AFP 2021 / DANIEL MIHAILESCU
Ultimatum? NATO 'Won't Need to Increase Military Presence' if Russia Stops Building Up Its Troops
"Anyway, we are truly interested in this, because on the whole we are interested in constructive relations between NATO and Russia," the chancellor added.

On Wednesday, NATO Secretary-General Jens Stoltenberg confirmed the next Russia-NATO Council would be held in Brussels on July 13, and would be focused on the Ukrainian crisis and the situation in Afghanistan.

Earlier in July, Russian Defense Ministry said the NATO-Russia Council would be convened on the same date.

In 2014, NATO suspended practical civilian and military cooperation with Russia amid strained relations over the Ukrainian crisis, as the Alliance accused Moscow of involvement in the conflict. Political dialogue in the NATO-Russia Council, however, was not halted.

In parallel, NATO has been building up its military presence in Eastern Europe, using Moscow's alleged interference in Ukraine as a pretext for the move. Moscow has repeatedly denied the claims and warned NATO that the military buildup on Russia’s borders is provocative and threatens the existing strategic balance of power.