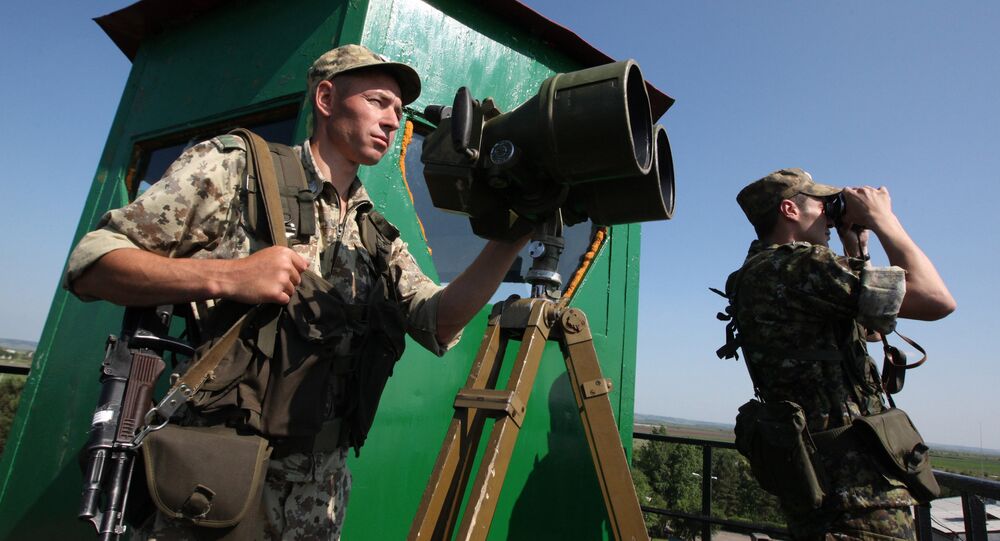 The Russian border in the Far East and the South will be equipped with an artificial intelligence system which will be able to automatically collect and analyze information on any violations, according to the press service of the United Instrument Manufacturing Corporation (OPK).

© Sputnik / Vladimir Astapkovich
'Robots, Teleports and Unmanned Cars': How Russia Makes Sci-Fi Reality
“At present, the intelligent decision support system is passing test operations in the Chelyabinsk region on the border with Kazakhstan and preparing for the preliminary tests in the Far East and South of Russia,” the press statement said.

“The system is fully based on domestic policy decisions that ensure protection of information resources against data loss, hackers and other unauthorized interventions,” the press service quoted the deputy director of OPK Sergei Skokov as saying.

The developers also noted that the new system is intended not only to collect different types of information, but also contains elements of artificial intelligence which will allow for analysis and forecasting of the situation and work out proposals for the protection of borders, by calculating steps and routes that offenders may take, as well as the necessary measures to prevent malicious acts, including the assessment of possible risks.

The state borders need protection due to ever rising threats. Since the beginning of this year in the Rostov region, more than 60 “wanted” persons were found and arrested. About 500 people were stopped from crossing the border. Many of them tried to cross the border illegally, by appealing to the local residents living close to border, according to military website RG.ru.

“Border guards stopped more than 20 firearms, six kilograms of explosives, nearly 250 grenades and mines, as well as 6.5 thousand cartridges from being brought into the territory of the Rostov region,” the website reported.

Earlier, Skokov announced the completion of tests of Unicum complex designed for the control of a group of robots.

Using the Unicum complex, machines will be endowed with artificial intelligence making them functional without any human intervention.

The machines will be able to decide for themselves all sorts of peaceful and military tasks by distributing roles within the group, choosing leaders and replacing the faulty ones, website Politikus.ru reported.

The Unicum complex may be able to function accurately without any human intervention, but that does not mean that human beings (the operator) cannot interfere with the operation of the system and correct or change certain actions of the artificial intelligence.

Rolling in the Deep: Underwater Robots to Study Indian Monsoon