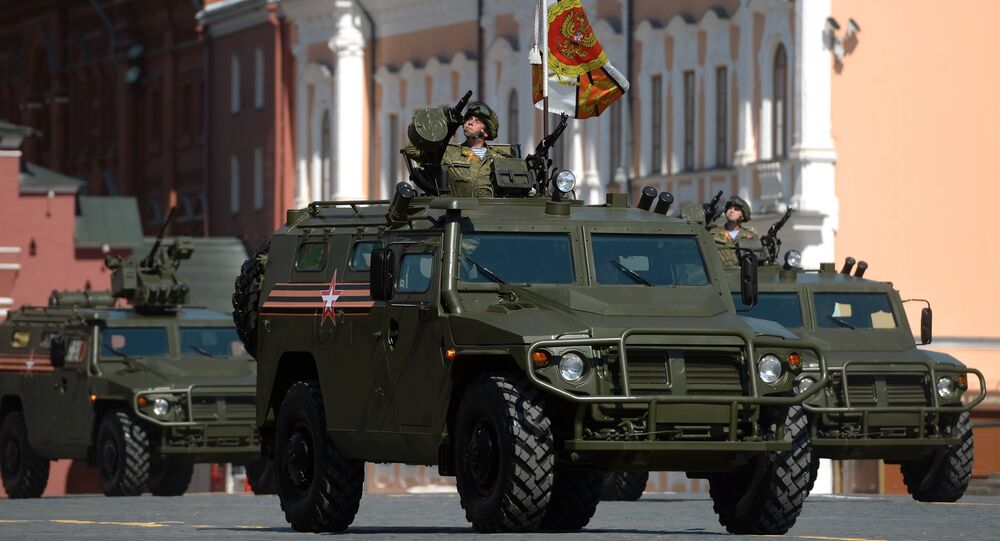 © Flickr / poter.simon
Golden Age: Russian Weapons in 'High Demand' Thanks to Syria
Photos and video published on social media show that Tigr combat vehicles are involved in an offensive on the city of Raqqa, the de facto capital of Daesh.

The first vehicles arrived in Syria nearly a year ago. Since then, personnel of the Syrian Army highly appreciated the capabilities of the Tigr.

The Gaz-2330 Tigr (Tiger) is a family of Russian off-road vehicles, developed in the early 2000s and produced beginning in 2004 at the Arzamas Machine-Building Plant, part of the Military Industrial Company. The vehicle is produced in a variety of configurations, and is available for both civilian and military use.

​It is interesting that initially Jordan’s King Abdullah II ordered to develop the vehicle. The first prototypes were presented at a military expo in Abu Dhabi. The customer liked the vehicle but no contract was signed. This is why the Tigr was designed to perform well in the climate of the Middle East.

The vehicle is multifunctional and aids in accomplishing a wide range of tasks with the Syrian Army. It is very useful in reconnaissance missions because the Tigr has outstanding dynamic and off-road capabilities, with a low level of noise.

​Another advantage is good observability and a high level of protection for the crew.

The vehicle also perfectly performs for long marches in the desert conditions.

The Tigr also has decent self-protection capabilities. The vehicle can carry different types of weapons, from a machinegun to anti-tank missile launchers.

© Sputnik / Vladimir Astapkovich
Armored vehicles "Tigr" of the mechanized columns of the Central Military District's Moscow Garrison during the rehearsal of the military parade to mark the 71st Anniversary of the Victory in the Great Patriotic War, at the Alabino training ground, Moscow Region
...
Reddit
Google+
Blogger
Pinterest
StumbleUpon
Telegram
WhatsApp
8310