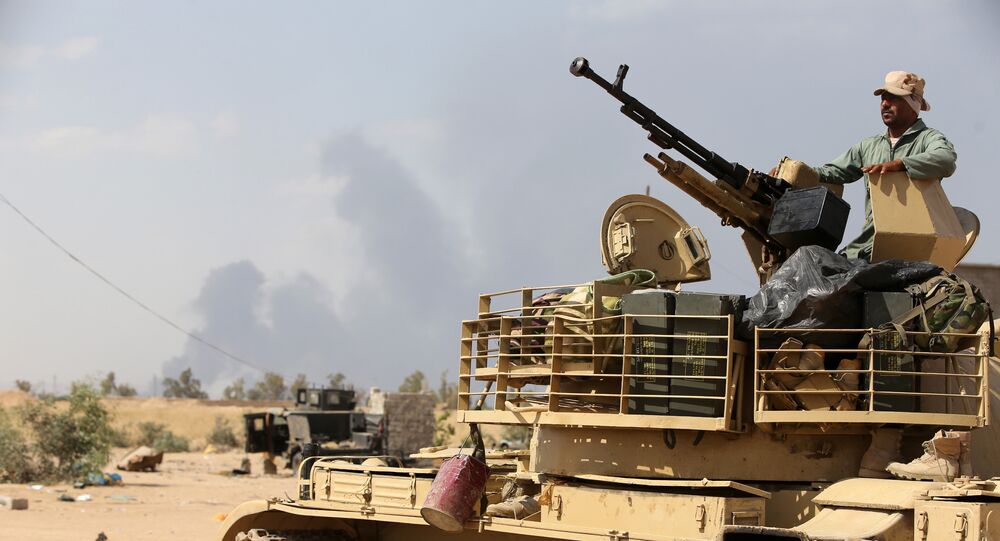 'Anything They Ask for': Russia Ready to Arm Iraq to Fight Daesh

Russia is ready to supply the Iraqi security forces with "anything they ask for" in order to destroy Daesh.

"Anything they ask for. We can deliver whatever they need," Morgunov said, adding that the Iraqi government is interested in acquiring Russian military equipment as it is easier to use and safer than Western analogues.

"Talks [on arms supplies] never end. Unfortunately, Iraq is in a situation where it simply will not survive the battle with terrorist groups without constant replenishment of its armed forces with new types of weapons and equipment," the diplomat stated.

Iraq's government is satisfied with the work of the counterterrorism information center in Baghdad, Morgunov said.

"It [cooperation between Russia, Iran, Iraq and Syria] is, in my opinion, progressing quite successfully, at least the Iraqi side has repeatedly expressed to me their satisfaction with the center's work and the role played by our representatives there."

Iraqi authorities are content with the current level of military cooperation with Russia and have yet to ask Moscow for military support, Morgunov told Sputnik.

"The Iraqis have stated that under certain circumstances they may ask the Russian side [for help in fighting Daesh]. Our representatives have replied that we will consider it if the Iraqi government does issue a request, but there have been no requests so far. The Iraqi side is satisfied with the current level of military cooperation."

© AP Photo
About 10,000 Civilians Escape Iraqi City of Fallujah in Past 10 Days - UN
"It can be assumed that if not thousands, then several hundreds of our nationals have been here," Morgunov said, answering a question regarding the number of Russian citizens who have fought for Daesh in Iraq.

"No one has handed over any Russian passports to us. Quite a few people have been killed. It is difficult to understand who these people are. Moreover, their passports are withdrawn to avoid any attention. The Iraqis are providing us with certain information regarding persons who are likely to be Russian citizens, as they have Russian numbers in their phones. All this information is sent to Moscow for further analysis," he added.