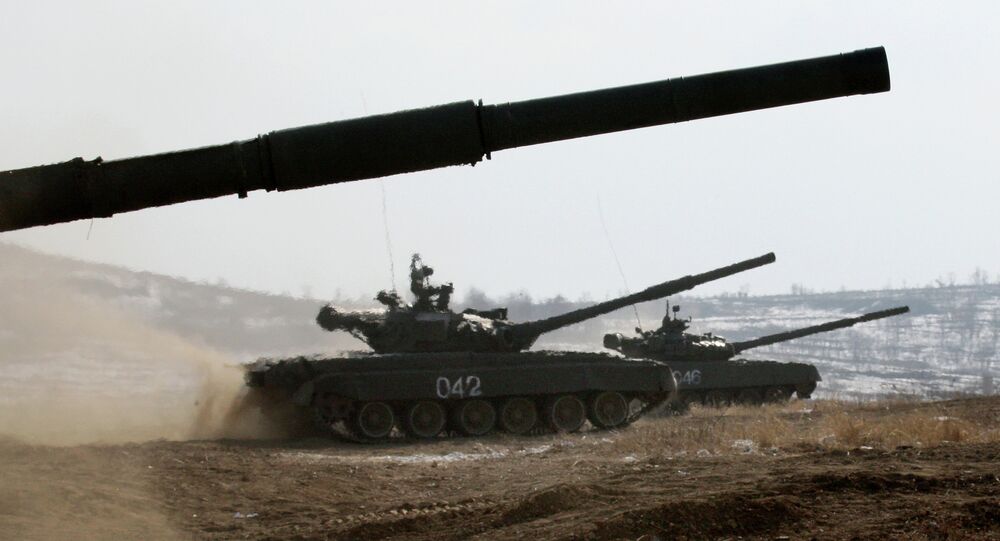 A new modification of Russia’s T-72 main battle tank designed for urban warfare is scheduled to be unveiled at the Kazakhstan Defence Expo – 2016 (KADEX-2016) in Astana.

According to the press release issued by the Uralvagonzavod corporation, the new tank will be presented at the expo only on static display.

Another new weapon to be presented during the expo is a 57mm AU-220M artillery system mounted on a Barys armored vehicle developed by Kazakhstan Paramount Engineering.

"There’s no armored transport or infantry fighting vehicle in existence that could survive a direct hit from AU-220," the company release states.

The KADEX-2016 military expo is scheduled to take place in the capital of Kazakhstan from June 2 until June 5, with over 300 arms manufacturers from all across the world expected to present their merchandise during the event.