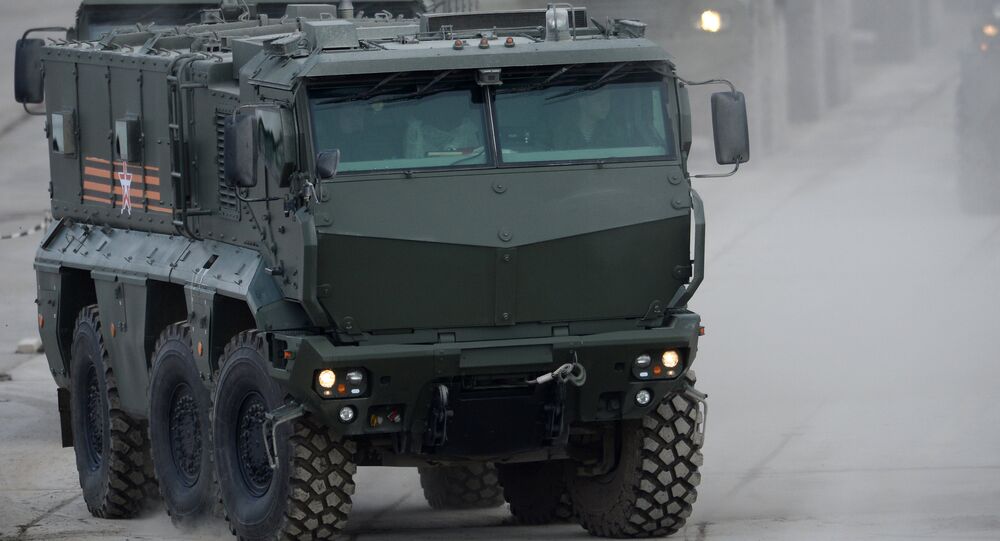 The Russian military is firing on all cylinders in exploring the Arctic Region. Large units and military bases have already been deployed in a number of remote areas in Russia’s polar regions.

All-wheel drive and all-terrain tracked vehicles are one of the most needed pieces of military hardware for the Russian Artic forces.

For instance, the TM-140A was developed and designed specially for military purposes in the region. It is perfect for use in remote areas and can drive on almost all kinds of terrain, including snow, loose soil, rocks, and boggy soil.

"Such a level of off-road performance was achieved thanks to the design of the track. It was based on the track of the BMP-2 infantry combat vehicles and modernized to deliver minimum pressure on the terrain," a representative of the Special Engineering Design Bureau told Zvezda TV channel.

Furthermore, the TM-140A is also amphibious. During tests, each vehicle is tested in the water.

The durability of the vehicle causes no doubt. According to Pavel Vesyoliy, director of Kurganmashzavod, the standard range of the vehicle before the first major repair is 24,000 km. In practice, the TM-140A can drive 70,000 km and even more, an outstanding result for a tracked vehicle.

Powered with a 250-hp engine, the vehicle can drive up to 800 km without refueling. It has a payload of up to four tons.

In order to adapt more military hardware for harsh Arctic conditions, the Russian Defense Ministry has ordered to expand its series of Arctic-designated military vehicles. Over 40 testers and engineers drove 14 vehicles in extreme conditions in the Yamalo-Nenets Region.

"Special purpose" vehicles are already in use in the polar regions of Russia. For example, the DT-10 and DT-30 two-section trucks can operate in temperatures as low as  minus 50 Celsius.

The Taifun armored off-road vehicles have also a gained good reputation with the Russian Armed Forces. The vehicle was designed as a result of cooperation between 120 Russian companies and design bureaus.

All new off-road vehicles which are already in service or expected to enter service are not only specially designed to drive in all possible conditions, they also provide an improved level of comfort for personnel.

© Photo : Russian Нelicopters
Russian Defense Ministry Orders Three More Arctic Helicopters
For example, the cabin of the TM-140 is designed as a separate module, with improved sound and vibration isolation. The vehicle is also equipped with an air conditioner.

Military vehicles and hardware specially designed for extreme weather conditions are in unprecedented demand in the armed forces. Russia has been gradually building up its military presence in the region, including on islands in the Arctic Ocean. Military off-road vehicles have permanently been used during drills, especially by the Arctic motorized infantry brigade.

Defense Minister Sergei Shoigu ordered to step up the delivery of new vehicles to the armed forces. The ministry announced the beginning of shipments of a number of modern and advanced vehicles, including the Taifun, the Bulava, the Bulat, the Volk, and the Tigr-M military multipurpose vehicles.