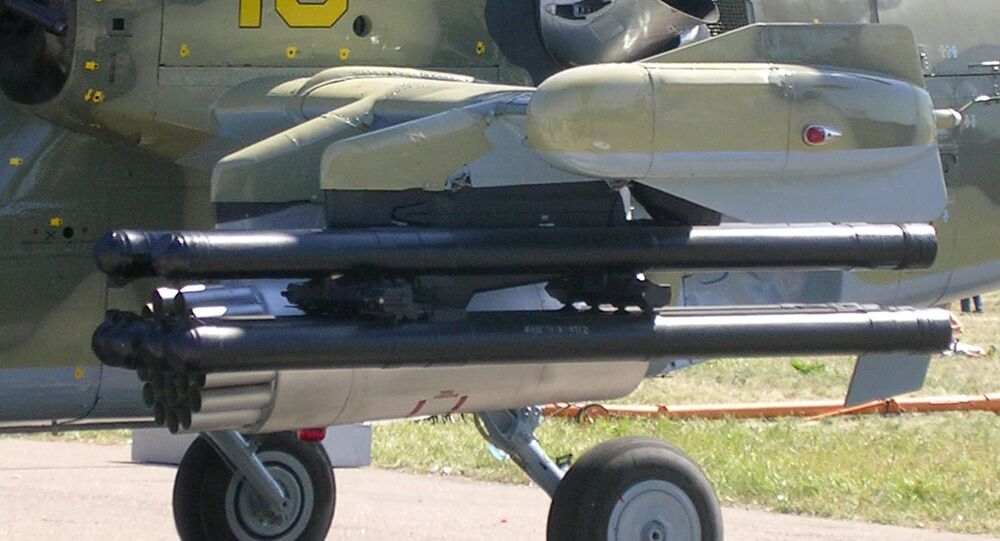 "Kalashnikov has successfully completed the delivery of Vikhr-1 guided missiles to the Russian Defense Ministry within the framework of the state defense procurement plan. The total cost of the state contract is about 13 billion rubles," the press release reads.

© Sputnik / Alexander Vilf
Level Up: Kalashnikov Presents New Pistol for Russian Military
Russia is currently implementing a large-scale rearmament program, announced in 2010, to modernize 70 percent of its military hardware by 2020. The total modernization program cost is estimated to reach about 20 trillion rubles.

The Kalashnikov Concern was created in 2013 following the merger of two Soviet-era plants, Izhmash and Izhevsk Mechanical Plant, becoming Russia’s largest producer of rifles and other weaponry.

The Vikhr-1 guided missile can be used against armored vehicles and low-speed aerial targets. Its maximum range of fire is 10 kilometers.

The company sells civilian firearms and combat weapons in over 20 countries in Europe, Africa and Asia.