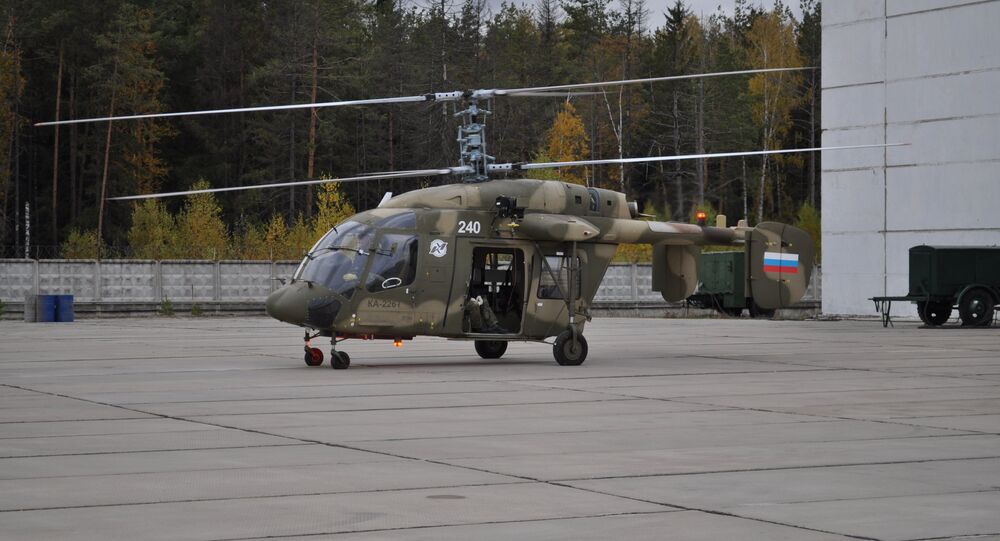 Indian Defense Minister Manohar Parrikar said that it was necessary to put in every effort to expedite the signing of the contract for the production of Russian Ka-226T light utility multirole helicopters for India.

"The minister visited the stand of the company and, in particular, got acquainted with the Ka-226T. He said it was necessary to put in every effort to expedite the signing of the contract for the production of these helicopters for India," Igor Chechikov told RIA Novosti.

© Sputnik / Ramil Sitdikov
Russia, India Begin Work on 200 Ka-226T Helicopter Production Agreement
Russian Helicopters, which is part of the state-owned Rostec corporation, is currently evaluating the capacity of Indian facilities where production is set to take place, according to the company.

Introduced in 2002, the Ka-226 series of helicopters are designed by the Kamov Design Bureau, part of the Russian Helicopters company. The Ka-226T model is fitted with updated navigation and automatic control equipment, as well as an interchangeable mission pod, which allows for flexible equipment configurations.