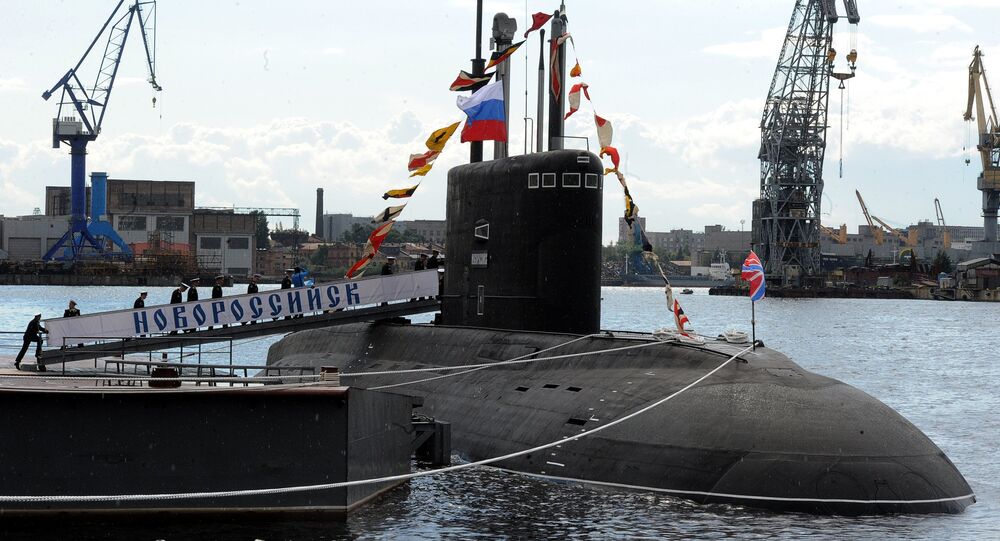 © Sputnik / Mihail Mokrushin
Tooled Up: State-of-the-Art Weapons of the Russian Military
These "increasingly sophisticated weapons of war" are equipped with "advanced anti-ship weapons and are being combined with new air-independent propulsion systems (AIP) making them near impossible to find in the ocean's depths," he explained.

Their capabilities could be best illustrated by a 2005 exercise, which was held off the coast of San Diego. A Swedish Gotland-class diesel-electric submarine, which took part in the drills, managed to deal a major blow to numerous US warships, including fast attack submarines, destroyers, frigates and cruisers.

The small stealthy sub, according to defense expert Tyler Rogoway, "even made it into the 'red zone' beyond the last ring of anti-submarine defenses within a carrier strike group." The Gotland was 'so silent it literally did not exist to our sensors,' a source familiar with the drills told the analyst.

Earlier this month, Admiraty Shipyard's CEO Alexander Buzakov said that Russia's new Lada-class diesel-electric submarines were even stealthier than the Kilo. The lead ship of this class, the Saint Petersburg, was commissioned in 2010. Two more Lada-class submarines, the Kronstadt and the Velikiye Luki, are expected to enter service in the coming years.

The Rubin Design Bureau is currently working on the fifth-generation diesel-electric submarine, dubbed Project Kalina. These ships will be outfitted with the air-independent propulsion systems (AIP). They are expected to feature the best characteristics of the Lada class and 636 Varshavyanka.