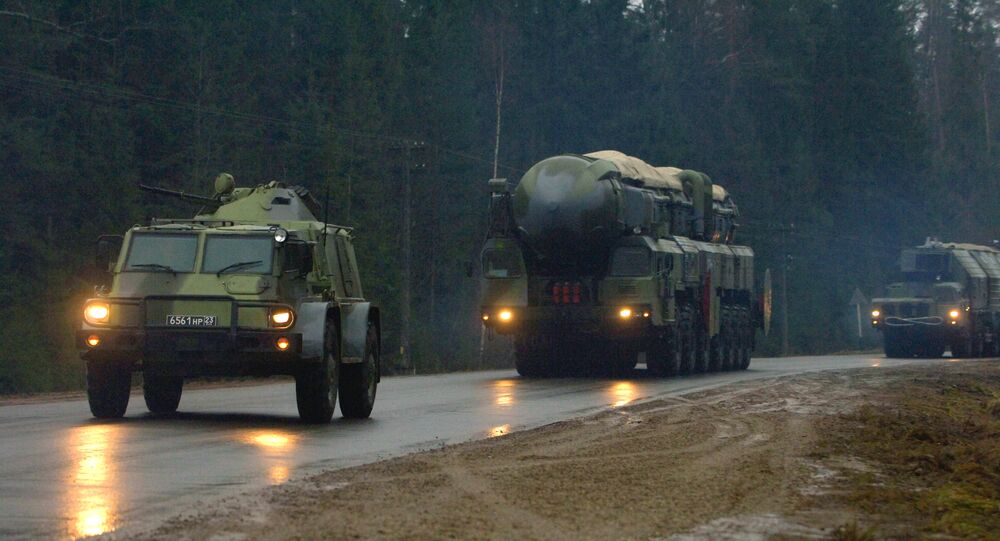 Russian Strategic Missile Forces regiments have been deployed on combat duty in five regions of Russia as part of large-scale combat readiness exercises.

The five regiments, armed with Topol, Topol-M and Yars mobile missile systems, will test their combat readiness on designated patrol routes in the Tver, Kirov, Sverdlovsk and Irkutsk regions, as well as in the Mary El republic, the ministry said in a statement.

Special attention will be paid to the practice of deterring air attacks. Russian Special Forces will take part in the drills, simulating the enemy.

According to the ministry, the SMF will hold over 100 exercises in various formats in 2016.

During the winter training period, 40 SMF regiments and units will take part in the drills.

Russian Strategic Missile Forces to Get 1,000 Training Simulators by 2020