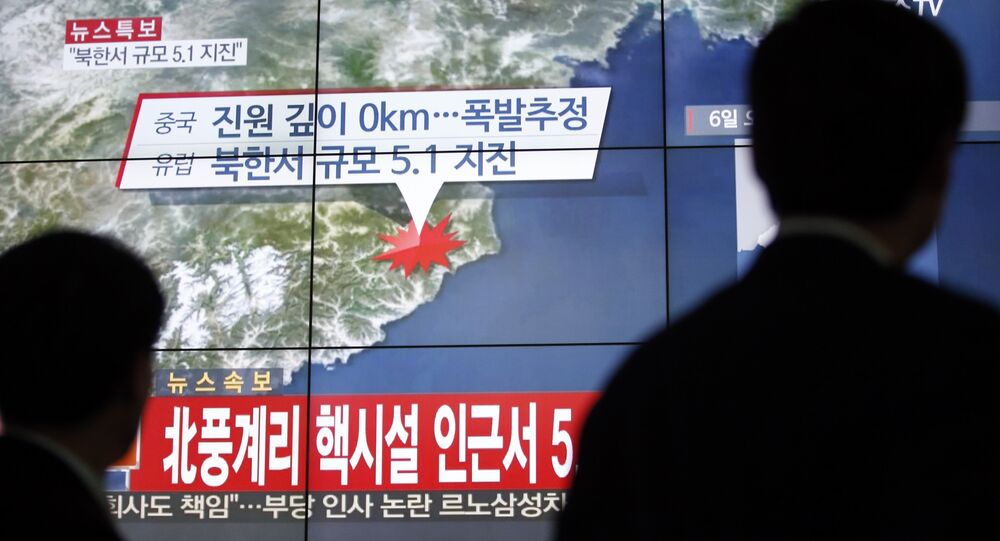 WASHINGTON (Sputnik) — White House Press Secretary Josh Earnest said in a biefing on Wednesday that the preliminary evaluation of the alleged North Korean nuclear test does not support Pyongyang’s claims of a successful tryout.

“The only thing I can imagine them doing given their technological and resource limitations is putting tritium and deuterium [containers] in the cavity of a normal atomic bomb,” Postol, who is also an MIT Professor Emeritus of Science, Technology and National Security Policy, said on Wednesday.

North Korea’s official Central Television reported the underground test earlier on Wednesday as being a full hydrogen bomb, but Postol said it was much more likely to have been a regular atomic weapon with tritium and deuterium, two radioactive hydrogen-related elements, added in.

“If the plutonium implosion works properly they probably would be able to ignite the tritium and deuterium,” Postol said.

To give off high energy, 14-million volt neutrons from the fusion reaction would increase the efficiency of a plutonium burn until it disassembled and the nuclear reaction stopped, he explained.

“This would result in higher energy [but] this is not a multi-stage thermonuclear device or hydrogen bomb which has an atomic bomb next to an assembly of other nuclear materials to ignite a full fusion reaction,” the scientist explained.

The temperatures achieved in the thermonuclear burn are somewhat higher than a regular nuclear weapon, but they are not thermonuclear, or multi-phase nuclear weapons, which are very difficult and challenging technological devices to make, he cautioned.

It took decades of experience by accomplished nuclear weapons designers in the great powers to create 200 kiloton warheads weighing 200 pounds apiece of the kind that are carried by US cruise missiles, he explained.

The North Koreans, however, “are not close to that kind of thing,” he emphasized.