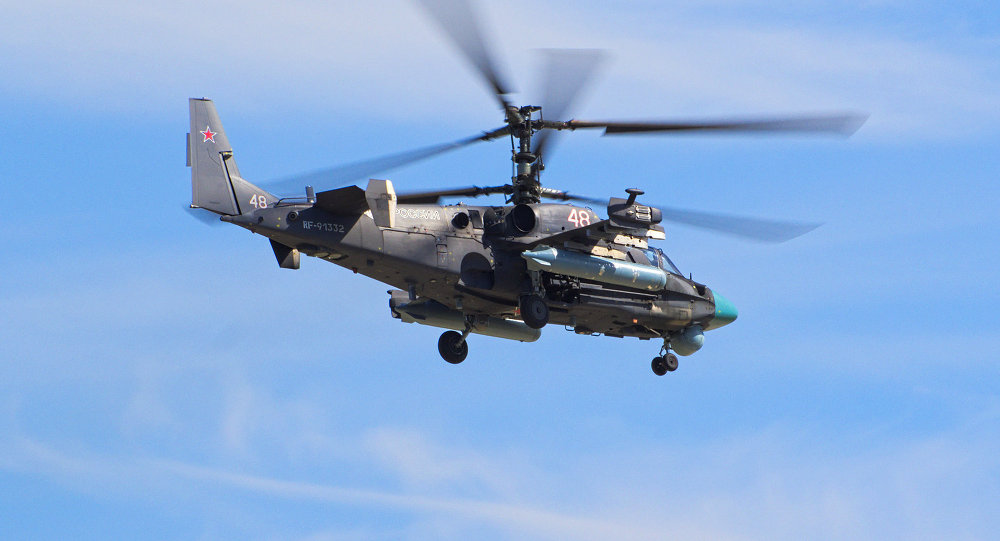 Russia Prepares for President-S Onboard Defense System Deliveries to Egypt

Russia is preparing for short-term deliveries of its President-S onboard defense system (ODS) for civil and military aircraft to Egypt, a senior Radio-electronic Technologies Concern (KRET) executive said Friday.

MOSCOW (Sputnik) – ODS is designed to protect planes and helicopters from being hit by missiles, air defense and anti-aircraft artillery. The defense system is currently installed on Ka-52, Mi-28 and Mi-26 helicopters.

"The contract is there and we are working within its framework. Deliveries are about to begin. All our plants are now fulfilling the partnership order," first deputy director Igor Nasenkov told reporters.

The system allows automatic detection of a rocket launching in the vicinity and initiates passive and active interference in infra-red and radio frequencies, to disrupt a rocket’s targeting system.

The ODS system can be located inside an airframe fuselage or as an external unit on helicopters and fixed wing aircraft.