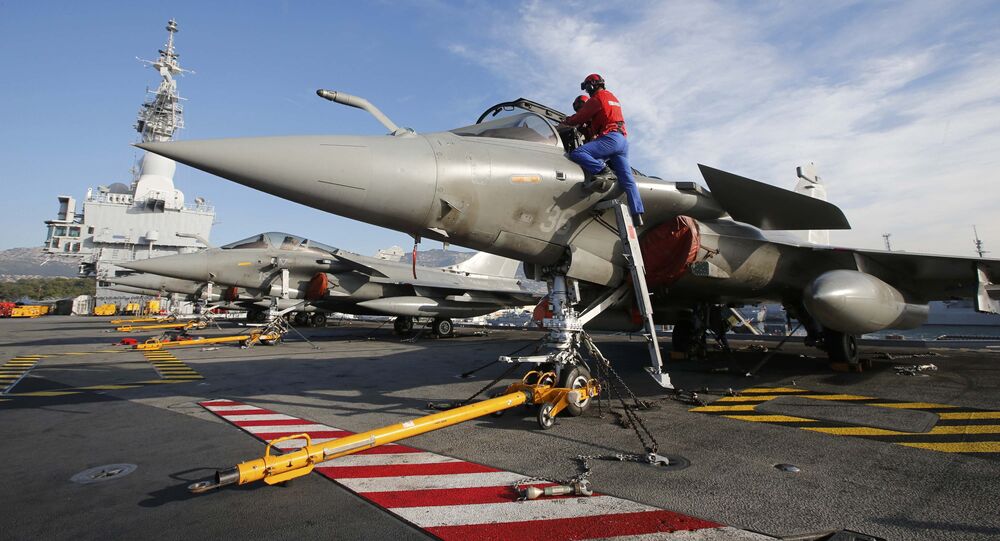 Sergei Lavrov said that contacts between the militaries of Russia and France on operations against Daesh in Syria will be maintained.

"With regard to our contacts on the military line, they are ongoing, at the level of Chiefs of Staff, at a different level. We have contacts with France, in the coming days another contact between the militaries is planned," Lavrov said at a press conference in New York.

Russia has been carrying out pinpoint airstrikes against Daesh targets in Syria since late September 2015, at the request of Syrian President Bashar Assad.

France is part of a US-led coalition of over 60 countries that has been carrying out airstrikes in Iraq and Syria since September 2014.

Russia agreed to intensify military and intelligence contact with France during a visit by French President Francois Hollande to Moscow on November 26.

Hollande's visit took place in the aftermath of the November 13 terrorist attacks in Paris, which killed 130 people and injured over 350. Daesh, a jihadist group banned in a range of countries, including Russia, claimed responsibility for the attacks.